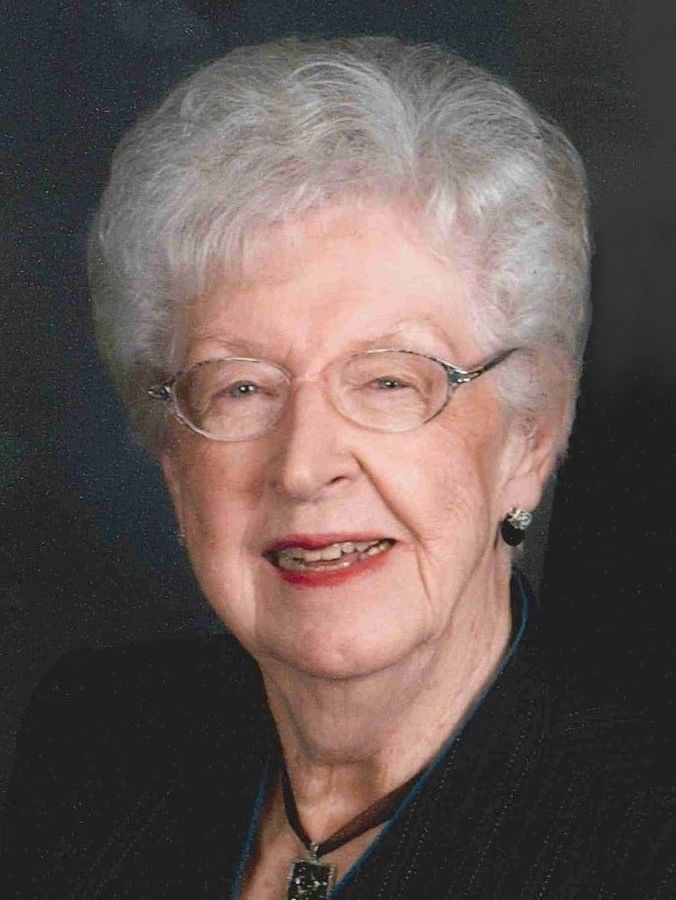 Loretta Inez Rahman passed away peacefully at Arbor Terrace Home on January 7, 2022, at 100 years of age.

Loretta was born near Elgin, MN on January 28, 1921, to John Wehrs and Mathilda (Prescher) Wehrs. She lived most of her life in the Rochester, Plainview and Elgin area. She married Franklin (Ray) Rahman in 1938. They lived in Winona for a couple years and then went to Los Angeles, California where she attended Marinello Beauty Culture school. After receiving her California license, she worked as a beautician until returning to Rochester in 1945. She then worked for Chicago laboratories at Libbys for about ten years, then worked at Mayo Clinic approximately twenty-five years before retiring at age 62. She enjoyed the Mississippi River where they owned a cottage, enjoyed water skiing and fishing. She also enjoyed dancing, playing cards, bingo and bowling. Loretta was a member of Redeemer Lutheran Church since coming to Rochester, as well as the American Legion Auxiliary and the Senior Citizens.

A Funeral Service will be held at 11:00 am Tuesday, January 18th, 2022, at Redeemer Lutheran Church (869 7th Ave. SE, Rochester, MN) with Pastor Ben Loos officiating. Visitation will be one hour prior to the service at the church. Burial will be at Grandview Memorial Gardens.

Memorials may be directed to Redeemer Lutheran church or as guest's desire.

Ranfranz and Vine Funeral Home is honored to be serving the Rahman family; to share a special memory or condolence please visit www.ranfranzandvinefh.com

"My deepest sympathy to all the family, I visited Loretta frequently when I was serving as the Chaplain at the Hospital and then visiting in Samaritan those from Redeemer Lutheran Church. May God be with all the family, as you say your earthly goodbye. She was a great lady to visit and was always appreciative. Bob Keith (Chaplain)"