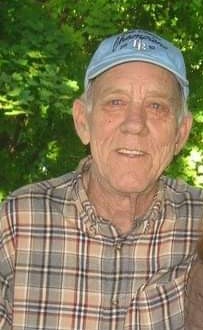 David Charles New passed away on January 5, 2022 at 12:08 am at the age of 82 years old from Cardiac Arrest and Acute Hypoxic & Hypercapnic Respiratory Failure. He was born January 14, 1939 in Hornell, NY but soon moved to St. Petersburg, Florida with his mother Margaret Jane Crichton, father Lewis Charles New and other family members. He attended St. Petersburg High School where he became an all-star athlete, excelling in baseball and basketball. Upon graduation David joined the US Army to aid in his country's defense during the Korean Conflict years. Upon returning home to St. Pete, he became an apprentice in manufacturing printing. His work ethic made his business excel and taught his children a steadfast, determined work ethic.

He is preceded in death by his wife Merle Ann New, brother Gregory Lee New, mother Margaret Jane, father Lewis Charles, Uncle Jack Creighton and many other beloved family members and friends. He is survived by his daughter Rebecca Lee New-Schultz of St. Petersburg and other children including Marlene Womble, Bernadette New and David James New. He is survived by his brother Butch & brother in-law Kenneth Perry who was Davids sidekick growing up in St. Pete! David will be sorely missed by all his friends at Pinewood place in Grand Haven, MI where he lived for many years with his wife Merle Ann who he referred to lovingly as his "Dusty Lady." His best buddy Jim Marshall of Robinson Township and Peter Schultz of Grand Haven, MI will undoubtedly miss getting all the sports highlights and analysis which came with it and his uncanny way of being a jokester!


David was very caring and touched many lives working his 'retirement career' at Goodwill Industries in Pinellas Park, FL. His many grandchildren, nieces and nephews and loved ones including healthcare givers always felt wanted in his presence. He's joined in Heaven, able to play his favorite sport, BASEBALL and dance in joyous reunion of all those who embraced his arrival into the Kingdom of Heaven. David left a genuine smile, laughter and valuable life lessons to all. He is loved, He is missed.


A celebration of life will be held in St. Petersburg, FL.