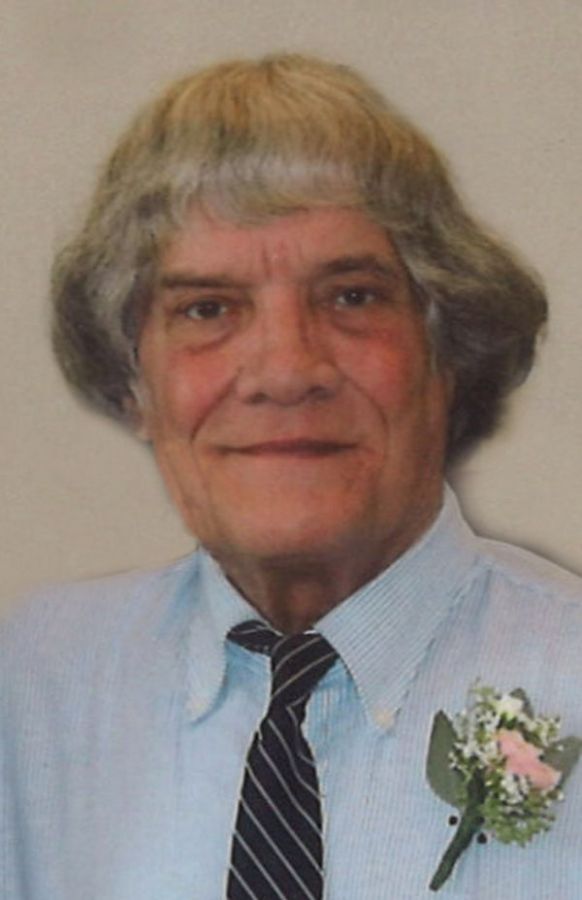 A Celebration of Life will be held at 2:00 p.m. on Sunday, January 23, 2022, at the Salvation Army. The Ralph J. Wittich-Riley-Freers Funeral Home is in charge of arrangements. In lieu of flowers memorials may be made in Scott's honor to the family, in care of Peggy Hendriks. Online condolences may be made at www.wittichfuneralhome.com
Scott was born on February 3, 1951, in Muscatine, the son of Leslie Edmond and Lorrene Tietge Hendriks. Scott married Peggy Garrison on February 6, 2021, in Muscatine. He was previously married to Debbi Hatfield, they divorced in 2010.

He gave the gift of life through organ donation. Scott "Lefty" Hendriks formed the band Lefty and the Spinners in 1971, and was recently inducted into the Iowa Rock N Roll Hall of Fame. He joined the Muscatine Police Dept in 1973, retiring 26 years later, only to join the Muscatine County Sheriff's Dept before completely retiring from law enforcement. Scott also worked at the Salvation Army of Muscatine County. He loved his children, grandchildren, and band buddies. Scott enjoyed trivia, staying home and watching TV or old movies, The Beatles, and sharing his candy Whoppers with his puppy, Sadie.

Scott was preceded in death by his parents; and a brother-in-law, Virgil Werning.

"I can remember going to Weed Park with my parents when Lefty and the Spinners would play. Also remember Scott as being one of the best police officers this town every had. My heart goes out to the family and will miss seeing him in the hallway and hearing the good byes he and Peggy would say. My thoughts are also with the remaining band mates. I know you all were very close. "

"Bob and Paul have just been joined by the leader of a legendary band whose legacy will last for decades. Lefty and the Spinners were a band of brothers with a bond that was stronger than most families have today. My wife Beth and I would go to Spinners dances and it didn't matter where, we wouldn't let a Spinners song play without putting ourselves on the dance floor. Scott was always kind. He never asked my brother Paul if I was ever going to learn how to dance. Rest in peace Scott. John Elshoff"

"Sorry to hear of Scott's passing. I went to school with Scott. He was one of the nicest and friendliest guy you could ever know. It was an honor and a privilege to have him as a friend. R.I.P. "

"Sending you all positive thoughts during this difficult time. "

"As most of you know by now, my dad Scott HendriksHendriks passed away unexpectedly at home Monday evening. Willie and I had just had dinner with him and Peg Hendriks on Sunday evening and he was happier than I had seen him in years. He was healthy, smiling and full of stories and laughs. Many of you have memories of "Lefty" playing at street dances, Great River Days, or your wedding receptions and class reunions. Or maybe you have a memory of Officer Hendriks letting you off with a warning or telling you to "head on home" after a night out. Some of you may even have a memory of him at the Muscatine County Jail or Salvation Army later on in his life. But my memories are of the man that had a place for everything at our house - his malt spoon and green malt cup (by the way, he made the best malts you've ever tasted). His yellow comb and bottle of Old English could be found in the same place in the bathroom for every day of the 21 years I lived at home - and I bet if I walked into his apartment now, I would know exactly where to look. He loved his basic navy blue sweatshirts and blue jeans and a great pair of slippers along with a cozy cardigan and a rocker recliner - better yet if the chair swiveled. In fact, one of the best places in the world to be when I was little was sitting on his lap with my head buried in his shoulder as he rocked me to sleep in that rocker recliner. I never felt safer, more loved and more protected than I did in his arms in those moments. From as far back as I can remember in school, he would pick me up everyday and we would listen to Rush Limbaugh on the way home (followed by Paul Harvey). When we got home, he would have Jeopardy on and I would sit and try to guess the answers - even though I didn't know any of them! He was one of the smartest people I knew - and he knew a lot about everything. He loved trivia. In fact, I used to tell people that he was "Cliff Klaven" of Muscatine. I would guess not many families would sit around playing Trivia Pursuit the way we did, but he loved playing games with my mom, sister and me. He loved old movies - westerns, war documentaries, the History Channel - and fought technology tooth and nail. He was a man who was set in his ways and didn't want (or need) them to change. My sister and I tried to get him to upgrade his TV, his phone, his vehicle - but he liked things simple and easy to understand. He liked things HIS way on his terms. My sister and I could tell you story after story about the scissors not being put back in the right spot, his writing letters and numbers on the toes of his socks so they would wear out at the same speed and always be matched up, not putting his tools back where they "belong" - honestly it almost got to be a running joke how ridiculous he was about things like that. As "social" as people thought he was, he really wasn't. He preferred to be at home, in his chair, in the quiet. We would joke about his two different personalities and how he could be steaming mad and then someone would call or we would see someone out in public and "Public Scott" would turn on and he'd have a "Hey! How are you doing?" with a huge, fake smile and the minute the interaction was over, he was back to being mad. He adored being my "sound man". He spent hours trying to make me sound as good as he could - he knew I loved music and performing as much as he did and boy did he love being on stage with his band. He loved Lefty & The Spinners. In fact, he missed many events, pageants, softball games, school programs because of band jobs, but it was who he was. The band really defined him to an extent - and one of the biggest heartbreaks of his life was when the band stopped playing and he wasn't a part of it. It changed who he was. As my sister and I got older and moved away, we would get so frustrated with him because he refused to travel to where we were to see us. He didn't reach out or call. He didn't involve himself with our kids as much as we would have expected or wanted. But that was also who he was. We knew he loved us and we knew he loved all of his grandkids - even if he didn't show it the way we wanted or needed. I learned to accept it - and accept him - for the man he was. He was (and always will be) my dad. He may be Lefty or Officer Hendriks to you, but to me he was dad. So, here's one final song from Lefty - one of my favorites to hear him sing. Enjoy it and take a moment to set aside any hurt feelings, disappointments, arguments, or barriers you've built up between you and your family members. It doesn't matter in the end. Reach out, bury the hatchet and love them while they're here before it's too late. And, as Paul Harvey would always end our drive home from school....THIS is the rest of the story. https://plus.smilebox.com/play?g=e1ce1872-f807-438e-920a-fe10c200fe28&sbid=3466"

"Jeff and family, My deepest sympathies to you all. Scott was a great guy, always smiling such a compassionate officer . He will be missed by many?"

"May memories comfort your grieving hearts. Blessings from Dyann and Dave Roby"

"To Peggy, Jeff and Heidi and the rest of the family my deepest heartfelt prayers and condolences are with you all during this very beyond difficult time and Scott was a very nice guy and very humble. "

"So sorry to hear of Scott's passing, one of the good guys.."