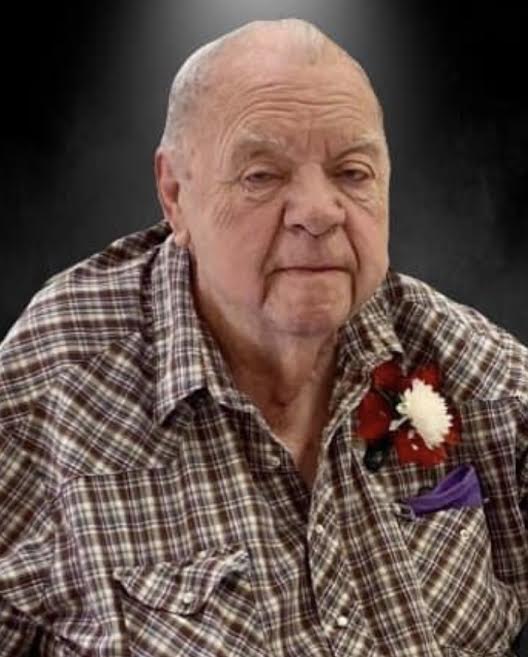 Richard was born on August 31, 1932, in Maxwell, Iowa to Ray and Rosetta (Whited) Beal Jr. He grew up in Maxwell where he attended school. At age 13, as was common at the time, he left school to work for a farmer to help support his family. He earned his High School Diploma in 1970.
After working with the farmer for a few years he began doing plumbing work with his dad at his plumbing business.
On December 23,1950, he was united in marriage to Margaret Gene Bloomfield. The couple moved from Maxwell and settled in Collins where they raised their family. Richard took a job with Maytag and eventually became a supervisor. In December of 1990 after 40 years of service he retired from Maytag. In retirement Richard took a job with NPI in Des Moines where he worked for 12 years. In December of 2020 he and Margaret celebrated 70 years of marriage. When asked how he stayed married so long he said "That's easy, the last words I got to say were 'I do'"

Richard loved life. He had a magnificent sense of humor. He liked nothing better than giving someone a hard time.
Richard loved spending time with his family, Being with his family was the most important thing in his world. Richard spent many vacations not just with Margaret, but with his kids and grandkids as well. It didn't matter if it was a weekend at a hotel an hour away, or going all the way to Arizona. What mattered the most to him is seeing his family happy.
When he was at home Richard could always be found sitting on the front porch watching the squirrels and birds eat the food he put out for them.
Those left to cherish his memory are his children John (Mille) Beal of Arizona and Richard (Rita) Beal Jr. of Chariton, IA, Deborah (Jim) Gauch of Baxter, IA, and Darlene (the late Gary) Propp of Collins, IA; 4 grandchildren, Donna (Anthony) Binning of Leon, IA, Lisa (Shane) Hall of State Center, IA, Sara (Andrew) Coree of Colins, IA and Amber (Lars Mattson) Lambert of Des Moines, IA; 9 great-grandchildren Jessica, Carter, Alec, Tyler, Hannah, Hunter, Grayce, Brooklyn and Steven; great-great grandchildren Colson, Kayce, Katelyn and Murphy; best friend Max Wolf; many nieces and nephews; extended family; and good friends.

He is preceded in death by his wife Margaret Gene, brothers Fred Beal and Ronnie Beal, and grandson Thomas Beal.

Memorial contributions may be directed to the family.

"WE will miss him, He was a good neighbor"

"Love to all the family and friends during this time"

"I'm so sorry for your loss. Richard was like a dad to me. Prayers for the family."

"So sorry for your loss. Prayers to all of your Families "