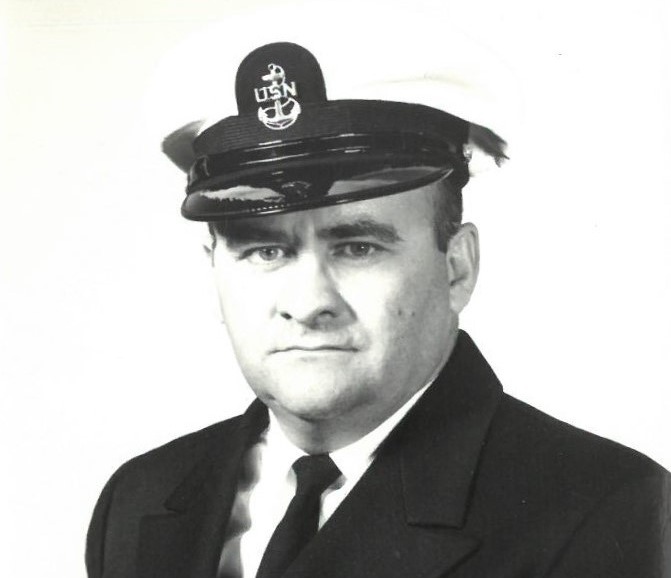 Martin Joseph Kinsella, affectionately known as Pop, died peacefully on January 12, 2022 at the age of 94. Pop was born in New York City on November 22, 1927, son of James and Katherine Kinsella. He joined the Navy at 17 and is a World War II veteran. He retired in Newport from the Navy as a Senior Chief Petty Officer Ranking of E8 in 1966. Pop began his 22-year career at Raytheon Service Company as a Manager of Logistic Analysis and Training. He was a Senior Member of the Society of Logistic Engineers. Upon retirement in 1988, Pop began volunteering at Newport Hospital which he considered rewarding work until he retired after 25 years.

Pop married the love of his life Rita in 1953 who survives him in Middletown. Together they raised 5 children in Marshalls Lane. Kevin and wife Judy of West Greenwich, RI, Mike and wife Fern of Jacksonville, FL, daughter Kathy of Middletown, RI and Chris and wife Kelly of Myrtle Beach, SC; daughter in law Julia of Fort Pierce, FL; He was predeceased by his son Brian who unexpectantly passed away in September, 2021. Pop also leaves 9 grandchildren and 4 great grandchildren who he bragged were the smartest, most beautiful, and most handsome and loved spending time with all of them.

Pop enjoyed golfing and bowling and wintering in Florida with Rita. Both loved to go to Foxwoods to play Bingo never being a winner but enjoying it none the less. He would often be found at Middletown Public Library checking out 2 books per week and he was a member of St Lucy's Church.

Pop was the last of the greats! Always around when you needed him and a constant companion to his beloved Rita. He will be missed by all who knew him.

A Mass of Christian Burial will be held on Wednesday, January 19th at 10:00am in St. Lucy's Church, 909 West Main Road, Middletown, RI, with burial immediately following at the Veterans Cemetery in Exeter, RI.

"It is with great sadness I leave this tribute. Uncle Marty was my favorite uncle and my Godfather. Rita and Marty's wedding was my very first at age three. My old memory still has a snapshot or two of the wedding. As a young girl I loved looking at photos of Uncle Marty and baby me. He was striking in his Navy uniform. Unfortunately, we did not get to see Marty that often due to his stations moving around the country. Once he located in Newport we really didn't get to see him as my Dad was not a driver. I would listen to my Grandma tell stories of her visits to Middletown. Naturally she bragged of Uncle Marty and his loving family. It was the Fiftieth wedding anniversary party that reconnected us with my Kinsella family. Since then Larry and I looked forward to visiting Middletown to see Marty and Rita and as many cousins as were available. We so enjoyed his conversations on a variety of topics. Uncle Marty was certainly an excellent example of our Greatest Generation. We will truly miss him. With our love Pat and Larry Collier"

"Kevin and the entire Kinsella family my thoughts and prayers are with you all during this very trying time. May your dad REST IN PEACE.. "