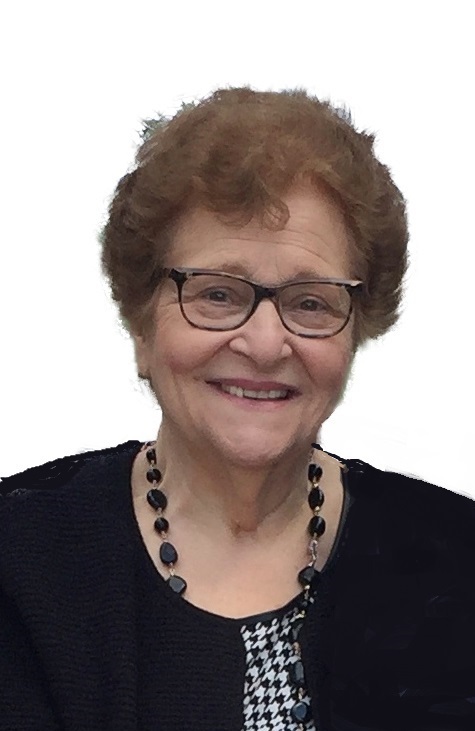 We lost an enthusiastic community leader and champion of the arts when Carole Horowitz passed away in her sleep on Wednesday, January 19, at Mary Greeley Medical Center. Carole was born in Brooklyn, New York on April 1, 1935, to Rae and Philip Sager. She graduated from Brooklyn College with degrees in Speech Pathology, Theater, and Psychology. Carole Sager married Jack Horowitz on June 11, 1961, and they moved to Ames just a few months later, when Jack began his faculty position in biochemistry at Iowa State University. Among her many trailblazing endeavors, Carole was probably best known for producing and promoting theater and the arts in Ames and central Iowa.

Carole's initial love of theater was fostered by her mother, who took her to live Broadway performances in Manhattan. After moving to Ames in the 1960s, Carole was struck by the limited opportunities for children to gain exposure to theater in the community. Determined to address the situation, Carole co-founded Ames Children's Theater, a nonprofit that provided a venue for creative artistic expression, for children and by children, for more than 50 years (1970-2021). Her passion and boundless energy lay at the heart of Children's Theater. "We change lives," she would say.

Carole was committed to providing opportunities for arts appreciation for both children and adults, and she took on many leadership roles to make this happen. She served as president of arts organizations, including the Ames Community Arts Council, Ames Community Theater (Actors), and the State of Iowa Assembly of Local Arts Agencies. In addition, she served as public relations consultant for the College of Liberal Arts and Sciences at Iowa State University. Carole also promoted the arts through a column in the Ames Daily Tribune and produced and hosted radio shows reporting on the arts on WOI radio and KHOI radio.

Carole received several prestigious awards for her dedication, leadership, and accomplishments, including Story County Women's Political Caucus' "Woman Who Has Contributed to Social and Political Change" (1995), Beta Sigma Phi's "Woman of the Year" (1995), The Ames City Arts Council Lifetime Achievement Award (2017), and the "Lifetime Friends of Actors Award" at the 2017 Okey Award Ceremony.

Carole loved spending time with her children, their families, and a diverse collection of friends. She was a proud and devoted mother and grandmother. Carole was preceded in death by her husband of 52 years, Jack Horowitz; her parents; and her brother, Stuart Sager. She is survived by her sons Michael (Betsy Clubine and grandchildren Rachel and Lena) of Austin, Texas, and Jeffrey (Michelle Segar and grandchild Eli) of Ann Arbor, Michigan. Carole was buried next to her husband during a private ceremony at the Ames Municipal Cemetery.

Those wishing to pay their respects are encouraged to visit her grave site and leave a stone on Jack's headstone. A reception to celebrate Carole's life is being planned for later this year. In lieu of flowers, memorials may be directed to: KHOI Community Radio, Iowa State University's Jack and Carole Horowitz Scholarship, or a charity of your choice.

"I think of Carole every day. She was a profound influence in my life as a child and as an adult. I loved being in and creating plays with Carole and Children's Theater. There is no one like her. I learned grace, compassion, and creativity from her. In my heart, always. "

"I just learned of Carole?s passing. I got to know Carole from when she brought Jack to the doctor appointments. Then we stayed in touch after Jack passed. She was an inspiration to a lot of people. I will miss her greatly. Always enjoyed chatting with her over anything and nothing. Fran Miller"

"I was privileged to celebrate family occasions with Carole over the past several years in Austin with Michael, Betsy, Rachel and Lena. I appreciated her sense of humor, her stories and the friendship she extended to me. May her memory be for a blessing and the words of all those writing here bring her family comfort today and in the days to come."

"So sad the hear this! Carole was a force!! She was a wonderful neighbor! She assigned my kids tasks when they left to visit the boys and their families! Grace was in charge of ?flushing the toilets? and Grant was in charge of ?not eating all the chocolate?! And ?helping water the plants?. Grace also made sure that the piano was workable during our plant watering, toilet flushing visits! We loved both Carole and Jack and they were great ?Alley Neighbors?. Blessings to the entire family and know they will be missed by many! "

"Jeffrey and Michael. I was so saddened to learn of your mom?s death. We lost touch shortly after my move to Colorado, but she remained an important friend in my life. I met her when I moved to Ames with my then husband Stew Hinerfeld, who had Aunt Maude?s. Carole?s passion for Children?s Theater influenced me to start Arts and Children Together Shortly after I moved to Marshalltown. I ran that organization for 20 years and consulted with your mom very frequently on finding performers, advice etc. She was an amazing woman and I?m happy to have known her. My sincere condolences to you both and your families. Susan Hinerfeld Miller"

"Pat Underwood. I met Carole through the National League of American Pen Women because we mutually loved the arts. She & I would meet for lunch & go shopping together, which was a ball. What a wonderful, amazing friend!"

"Sympathy to the Horowitz family. We valued Carole's friendship and her many talents over the years. Heartfelt sympathy from the Knight family."

"A light was truly lost with the passing of Carole. Her spirit, energy and drive for the fine and performing arts is what touched me the most. May she rest in peace. "

"Carole was a great lady. She always asked about my kids even years after they had outgrown Ames Children's Theater.She will be missed."

"Carol was a real Ames Treasure. She will be missed greatly. Randi and Steve Peters"

"We met Carol and Jack soon after we arrived in Ames, in 1973. Over the years, our paths crossed many times, and we came to appreciate the myriad of ways that she contributed to life in Ames. Over the last couple of years, as we have been more isolated, picking up her voice on KHOI brought back our connection. She will be missed!"

"So much wonderful energy directed towards her family and friends! Carole was SUCH an "encourager", "supporter", so open and warm, with a great sense of humor in the mix. I remember her very compassionate, warm eyes vividly. And her proud tales of Jeffrey and Michael and their families. I feel very honored to have known her in Ames. I watched her burial service via the Internet and was very moved by your words, Jeff and Michael. Thank you allowing me "in"."

"I first met Carole the year Michael started Kindergarten in my class at Crawford, and from that day on having Jeffrey too, I called her a friend. Every time we met, we talked furiously about our families, and always hoped to spend more time over coffee! She will be remembered for being an uplifting woman of the greatest character! Love to the entire family,"

"Dear Micheal and Jeffrey, My deepest condolences to you and your families. Carole was an important part of not only my life growing up but to both my parents for her friendship and support over many many years. Through births and deaths, Bar Mitzvahs and weddings, as well as more opening nights than I can count Carole was there as part of the foundation of our family. My heart hurts as I accept that she is gone. It is the end of an era. Peace and loving memories be with you all. Sara (Ellen) Herrnstadt Crosby daughter of Helen and Dick Herrnstadt "

"Carole lost her husband Jack shortly after I lost my husband. We were in a support group for awhile. We discussed how we really did not ?lose? them except they were no longer physically with us. She could not stay with the group but we would see each other once in awhile & talked of how we were doing. Rest In Peace, Carole! "

"I met Carole while working at ISU Theatre. She was a gem. She stood firm in her beliefs on how to best promote our productions, even when she met up with people that didn?t see her vision. I have many lovely pieces of jewelry from her, and all have been cherished in the many (30+ years) I have had them. She would never tell us how old she was, but enjoyed being celebrated. She once said ?I?m never aging, just growing wiser?! To her family, I know this is a big loss. One says that deep grief is from deep love, and I believe she showed you that. "

"I remember your mom. Such a lovely lady & always smiling. May her memories of her always bring a smile. My condolences to you and your family on the loss of a beloved wife, mom, & grandma. Melinda VanderGaast "