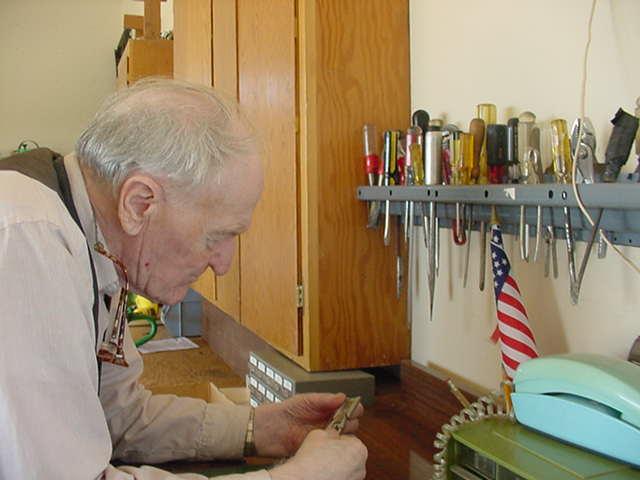 Glen, the third of six children of August and Dina Olson was born in
their Comertown Montana home on January 21, 1920. A teenager through the thirties, he learned to work hard, helping his dad with farming- milking cows, plowing with horse drawn equipment, working on the wheat threshing crews.

After his high school graduation in 1937, he took jobs including a short stint on Fort Peck Dam construction, farm labor in northeast North Dakota, and work on the construction of the new
highway from Plentywood to the North Dakota border.

In early 1941 Glen with four friends motored to Seattle in an old car. In Seattle they all settled in a large basement apartment.

For most of his working years, Glen was a carpenter, at one point forming a partnership with a friend. After retiring, he lived with his widowed mother Dina in her Ballard home. In 1996 he made his final move to Northgate.

After a falling accident he spent his final year at a rehab facility in Everett Washington.

Glen was intense reader of history. He studied horses and horse racing. He often went to
Longacres and later to Emerald Downs.