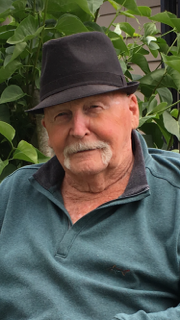 Richard T. Hewlett passed away the evening of February 16, 2022 at the age of 86. He passed peacefully at home with his wife and children by his side. He had battled Dementia/Alzheimer's, severe arthritis and other health issues.

Born in Lansing Michigan, to Ira and Edna Hewlett on April Fool's Day 1935. We always got to joke with him on his birthdays about being an April Fool's baby. His family moved to Washington State when he was 3 and settled in the South Seattle area. He attended Highline High School. Enlisted in the Navy from 1952-1956. There he sailed and saw sites all over the world. After the Navy he was employed by the Boeing Company, there he spent the next 35 years as a machinist. He retired in 1990.

He met Gerry in 1964, they were married for 57 years. They settled in Federal Way and raised 5 Children, Rick, Kim, Debbie, Diane and Rex. It was a full house with lots of excitement. Throughout those years they enjoyed camping, jeeping, lots of trips and special adventures as a family. Dick and Gerry also enjoyed their touring motorcycle, by themselves and with friends touring the country.

After Dick retired, he and Gerry decided to venture out as full time RV'ers. They traveled the winter months and back home to see family in the summer months. They explored the United States from coast to coast including Nova Scotia. Dick enjoyed volunteering and working in the Lake Whitney and Grandy Creek Thousand Trails Parks. His favorite thing to do was anything that involved driving the tractors. Best job ever! They enjoyed so many great adventures, seeing new places, making memories and new friends to last a lifetime. In 2015, it was time to leave the RV life and settle down to be closer to family. They moved to a mobile home park in Auburn.

Dick is survived by his wife Gerry, daughters Debbie (Gary) and Diane (Scott), son Rex (Jen), daughters-in-law's Renita and Kimmi. Many grandchildren and great grandchildren. Brother Robert , Sister Barbara . Many nieces, nephews, cousins and friends. He is preceded in death by his sons Rick, Kim and son-in-law Gary . His parents Ira and Edna. Dick's final resting place will be at Tahoma National Cemetery.

"We enjoyed knowing Dick and Gerry so much. We have lots of shared memories at Grandy Creek. RIP my friend."