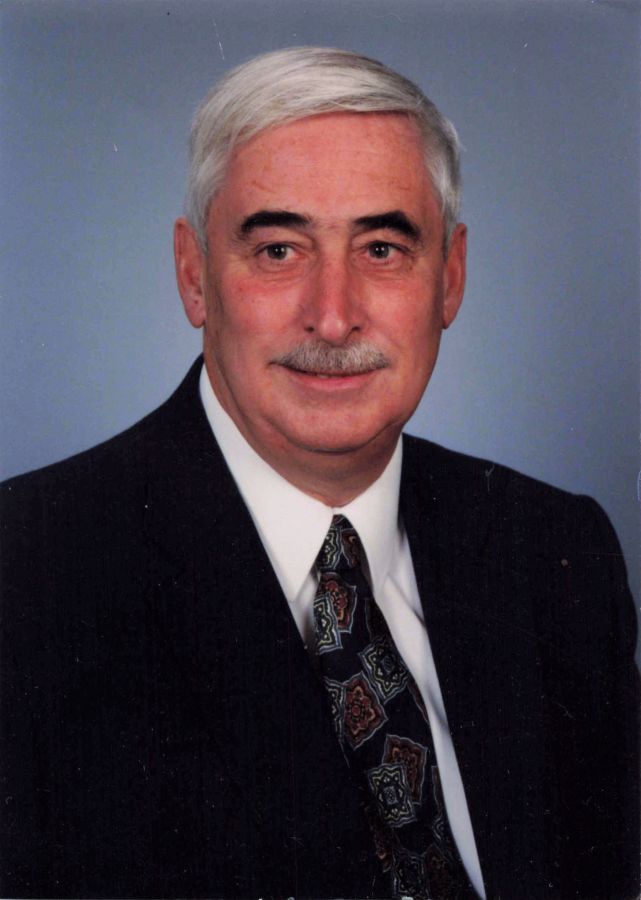 David Lauson Perkins, 85, of Rochester, died of colon cancer on Sunday, March 13, 2022 at his home after a courageous fight.

David was born July 13, 1936 in Wykoff, MN to Bernard and Helen (McDonald) Perkins. He graduated from Austin High School in 1954. He married Marlys White on November 3, 1956 in Northwood, IA. They made their home in Austin until they moved to Rochester in the Fall of 1961.

Dave worked for Red Owl in Austin from 1952-1960. He was hired at IBM in Rochester in 1959. He worked here in Rochester until his retirement in 1991 as a Sr. level manager. His assignments took him to Mexico, Japan and Italy. His wife was able to join him on one of his Japan trips in 1989. Dave joined the Army National Guard in 1959 and retired as a Lt. Colonel in 1990. He was Company Commander of the Rochester National Guard from 1968-1972 and was Battalion Commander of the 1/135th infantry from 1985-1987. He was a member of Christ United Methodist Church and was on the board of trustees from 2013-2014. He served on the Rochester Park and Rec Board, he was an Oakwood Cemetery trustee for several years and was president of the board from 2014-2019. Under his leadership as president, he got the project of building a new office and showroom for the Oakwood Cemetery. He also served on the boards of the Boys and Girls Club, GRAUC, and RAEDI. He was appointed to the Academy Advisory Committee by Representative Gil Gutknecht in July 1995. He was also a member of the Quarterback's Club and the downtown Kiwanis Club for several years. He and his wife were foster parents for Olmsted County from 1967 to 1972.

Dave was elected County Commissioner of District 6 in August of 2003. He served as county commissioner through 2013. If ever there was a job made for him, this was it. He so enjoyed it and felt honored to represent the people in District 6. He was on several committees and was elected Chairman of the Sate Health Advisory Committee in 2010.
In addition to his wife of 65 years, Dave is survived by his three daughters, Kathy (Steven) Hornseth of Rochester, MN, Nancee (Jay) Osman of Milford, IA and Terri (Tracy) Nepper of Lake Havasu City, AZ; six grandchildren: Matthew (Tara) Hornseth, Clinton Hornseth, Kevin (Amanda) Hornseth, Melissa Jo Osman (Mike Tabor), Adam Osman and Jordan Ann (Michael) Peck; five great-grandchildren, Clara Hornseth, Colton Hornseth, Kylee Hornseth, Lucy Peck and Cooper Peck; sister, Mary Lampman of Pleasant Prairie, WI and three brothers, Joseph (Pat) of Coos Bay, OR, Daniel (Connie) of Rochester and Timothy (Sue) of Chaska, MN. He was preceded in death by his parents; three brothers, Bernard, Jr., Ed and Paul and three sisters, Marianna, Florence and Lois.

Visitation will be held from 4:00-7:00 PM Thursday, March 17, 2022 at Ranfranz and Vine Funeral Homes, 5421 Royal Place NW, Rochester. There will be a private family service and burial at Oakwood Cemetery. The Perkins family wishes to thank the staff of Mayo Hospice for their kind and compassionate care. Memorial contributions may be made to Oakwood Cemetery or to the charity of donor's choice.

Ranfranz and Vine Funeral Home is honored to be serving the Perkins family. To share a special memory or condolence, please visit www.ranfranzandvinefh.com

"Dear Marlis, Kathy and family, I am so sorry to hear of Dave?s passing. I enjoyed and appreciated the years I spent working with him on public health issues. I know your memories will be precious, and hopefully help you through this time. Mary Wellik"

"Aunt Marlys, sending prayers to you and the family. ? My heart breaks for you. I am forever grateful for you both taking me in under your wings when I lost my dad and Dave sent Terri and I to the Boundary Waters. It was a trip of ups and downs. We were caught in a scary storm. We made it out safely, but it taught us we are strong, resilient, and life is delicate. It was just the medicine I needed to move from grief into who I am today. And for that, I am forever grateful. You and Dave have always been my role models. Thank you and may you find peace and joy in all of the memories you shared together. Love you so much. And thank you for every single birthday, anniversary and Christmas card you ever sent. I don?t think you have ever missed one yet. ??"

"Marlys and family, I?m heartbroken to hear of your loss. I?m lifting you all up in prayers and surrounding you with love. Debby Adams (Johnson)"

"Marlys, so sorry to read about Dave. Condolences to you and your family. "

"Aunt Marlys and family: I am so sad to hear of Uncle David?s passing. I feel so blessed to have met you all back in 2,001 . My heartfelt sympathy, love, and prayers of comfort to you all at this time. The Lord is near to the broken-hearted, and saves the crushed in spirits. Psalm 34:18 Leesa Berry, (Atlanta) -Florence?s daughter"

"Marlys and family - I was so sorry to learn of David's passing. I didn't know him as well as some, but I used to work with Marlys - one of my first people I met when I joined IBM. My thoughts and prayers are with all of you. Brenda (Klossner) Parker"

"Marlys and family, Teresa and I are saddened having learned of David?s passing. Through the years, I have been blessed to have worked with David in various capacities and the one constant was David?s professionalism, integrity and desire to do the right thing for others. David led by example. He loved you Marlys and his girls very much and nothing better was the time spent with you and his grandchildren. Our thoughts and prayers are with you all. God Bless David and Teresa Silker"