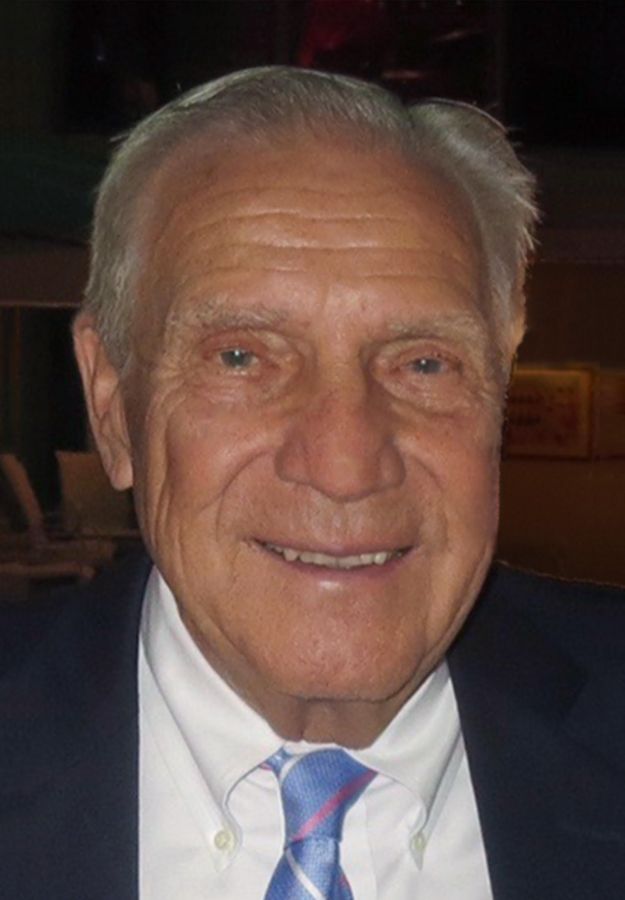 A. Michael Prus of Grosse Pointe Farms, MI and Ocean Ridge, FL passed away surrounded by family on March 18, 2022 following complications from a stroke. He was 89 years old. For forty-five years, Michael was the devoted husband of Judith Goodnow Prus, who preceded him in death. He is survived by his son Michael Prus and his wife Diane Prus, his daughter Elizabeth Prus Myers and her husband Gregory Myers, his son Jeffrey Prus and his wife Hilary Prus, and his companion of many years Mary Ann Dinan. He was beloved by his six grandchildren: Lindsey, Charlie, Brooks, Charlotte, Emily, and Jeffrey. Michael was predeceased by his sister Doris Prus Sullivan and is survived by his brother Thomas Prus and sister Kathryn Prus Richardson.

Michael was born in Detroit, Michigan, a son of the late Michael A. Prus and Sophia Cichon Prus. He graduated from St. Andrew High School in 1950, Wayne State University in 1954, and Wayne State Medical School in 1958. He completed his internship at Grace Hospital followed by his medical residency at Massachusetts General Hospital, where he earned the post of Chief Resident.

After returning to Detroit following his residency, Michael joined the anesthesiology practice at Grace Hospital. He was named Chief of Anesthesia of Grace Hospital in 1974 and Harper Hospital in 1977. Michael was always open to new, innovative ideas and respected for his mentoring and problem-solving skills. Under his leadership, he and his partners expanded their practice to over 80 anesthesiologists, serving many hospitals across the Detroit area, and creating residency programs to groom the best anesthesia talent. Michael served as Medical Director of the Grace Hospital School of Nurse Anesthesia and was a driving force behind the inception of the Harper Hospital Same Day Surgery Center, the first outpatient surgery center in Michigan. He served as its Medical Director from 1983 to 2002. Michael earned the respect of all his colleagues, including surgeons and staff. After his retirement, he assisted a hand surgery practice in establishing their stand-alone surgery center. Michael was honored to be invited to join the Academy of Anesthesiology where he played an active role throughout his later career and into retirement.

Michael was an avid golfer, gardener, traveler, fisherman, and hunter. He prided himself on his vegetable garden and rose garden and enjoyed growing and experimenting with plants of any kind. He had the opportunity to travel the world with his wife Judy and many close friends over the years. He was a voracious reader and enjoyed word puzzles, especially crossword puzzles, and Jeopardy. His lifelong curiosity and appetite for knowledge included new pursuits as an octogenarian, such as yoga and guitar lessons. He loved spending time with his family in Florida and Northern Michigan, including annual family deer hunting trips with his brother, sons, and grandsons. Michael will be remembered for his warm smile, easy laugh, and kind spirit.

A memorial mass will be held at noon on Friday, May 6, 2022 at St. Paul on the Lake Catholic Church, 157 Lakeshore Drive, Grosse Pointe Farms, Michigan. The family asks that in lieu of flowers, donations be made to Detroit Cristo Rey High School, 5679 W. Vernor Highway, Detroit, MI 48209 https://donatenow.networkforgood.org/detcristorey

"Just learning of Dr. Prus' passing. I am so sad. I learned so much from him working with him at the surgery center. We kept in touch over the years always planning to get together for lunch and never doing. Talking about his tomatoes ? and politics and his grandchildren were always wonderful topics. I admired, respected and loved him. I will truly miss him. My deepest sympathy to the entire family and friend of Dr. Prus. ???"

"I send my sincere condolences to Mike?s family, As an Assistant Director and then Associate Director of The Grace Hospital 1960-1980, I knew Mike as a very nice man and gentleman. Obviously, his peers knew him as a superb radiologist and administrator. Tom Coles, M.D., Novi, MI"

"Forever in my memories. "