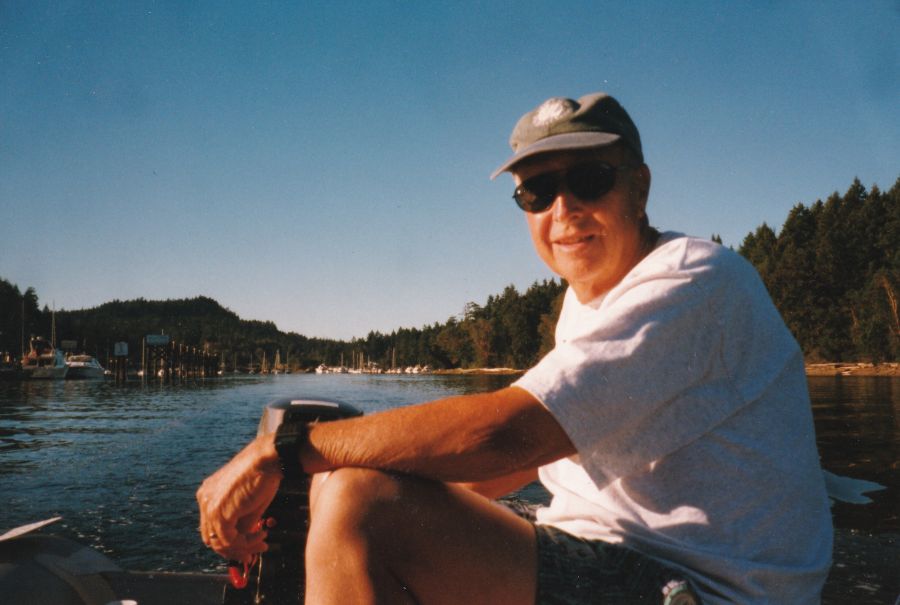 Burt was born on August 26, 1925 to Floyd and Annie Jarvis, in Spokane Washington. He attended North Central High School. Burt had an early interest in electronics and radio technology, which led him to take the "Eddy Test" at age 17, and he was invited to train as an electronics maintenance technician with Spokane Army Air Depot for his final year of high school. He served with the Navy during WWII.

Burt graduated from University of Washington with a degree in Electrical Engineering in 1950. While attending the U. he was active in the University Christian Union (UCU) House and Intervarsity Christian Fellowship where he developed many lifelong friendships, including with Florence Rhyner whom he wed in 1951 and was married to for 61 years before her death in 2012.

Burt began his career as an electrical engineer with the Bonneville Power Administration in Portland Oregon. He remained with the BPA until his retirement from there as Contracts Manager, in 1984.

Burt and Flossie raised their family in SW Portland and welcomed multitudes into their lives and home. They enjoyed gardening, boating and waterskiing, camping and traveling. They were actively committed to the ministries of West Hills Covenant Church and Young Life. They mostly loved blessing their many friends and "framily", and their children and grandchildren with their faithful love and care. Burt lived to welcome four great grandsons.

After Flossie's death, Burt moved to Seattle to be closer to his daughters. He continued to make new friends in his neighborhood, in joining Kent Covenant Church, and in his last seven years living at Covenant Living at the Shores.

His family is very grateful for his life full of joy, friendship and faith; and we are now grateful he has entered the fullness of joy in the presence of his Lord and Savior.

We will celebrate his life at a memorial service at West Hills Covenant Church (Portland, Oregon) on Saturday May 7, 2022 at 1 pm. Memorials may be given in Burt's memory to Kent Young Life/Capernaum (WA43) or Seattle U. Young Life (WA456).