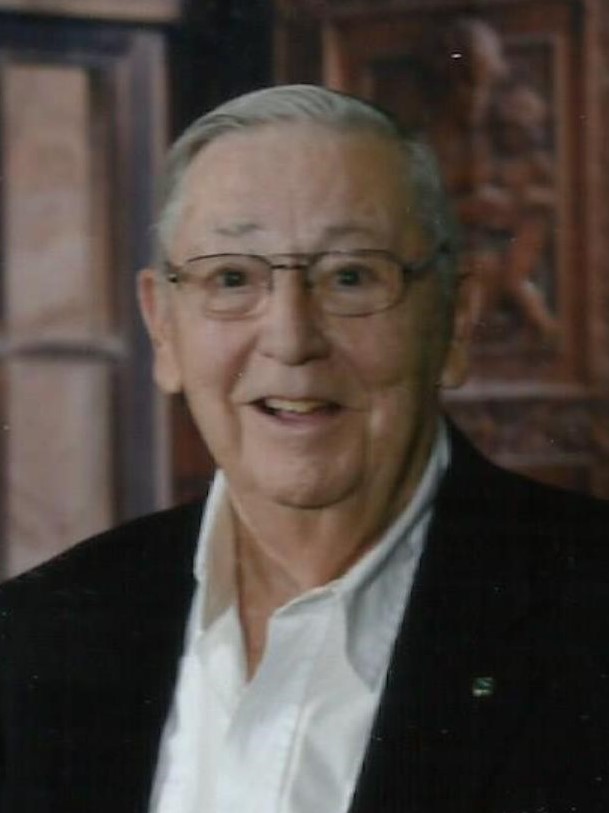 John Charles Fritzke, 90, passed away May 3, 2022 at Mount Olivet Careview home in Minneapolis. John was born on June 30, 1931, to Henry and Alice Fritzke in St. Clair, Minnesota, and was the oldest of 7 children. John attended school in Minneapolis and was graduate of Roosevelt High school in 1949. He went on to attend design school in New York and the University of Minnesota before serving in the U.S. army during the Korean war. John married the love of his life, Marlys Koch, in September, 1954. They resided in Richfield, Minnesota, where they raised their 3 children. John was employed by Fred G. Anderson, Wallpaper and Paint stores for over 40 years and was the corporate vice-president of the wallpaper division. John retired in 1993 and in his retirement pursued his love of gardening by working at Bachman's in Mpls. John and Marlys moved to Rochester in 2002 and John continued part time employment at Sargent's nursery. John was an active volunteer at Mayo clinic and was proud of his service helping others for 15 years.

John is preceded in death by his wife, Marlys, his parents and one brother.

A memorial service will be held at 11 am on Saturday, May 14th at Bethel Lutheran church, 810 3rd Ave SE with Pastor Anjanette Bandel officiating. A visitation and celebration of John's life will take place from 5 pm-7 pm on Friday, May 13th at the Ranfranz and Vine Funeral home, and one hour prior to the service at the church. A private burial will be at Fort Snelling at a later date.

In lieu of flowers, memorials are preferred to Bethel Lutheran church, the Pancreatic cancer action network (www.Pancan.org) or Grace Hospice (gracecaring.org) in Mpls.

"My biggest memory of John was when we met. It was at Emily's and Chad's wedding rehearsal at the church. We had not yet been introduced - were standing almost shoulder to shoulder waiting for instructions and I said to him are you Grandpa? and he proudly said yes - then I said well I am Grandma. And that was the beginning of a very special friendship. Condolences to all of Johns family. May he rest in Peace. Shirley and Ron Walter"

"My heartfelt thoughts and prayers to you all it?s never easy to lose someone you love God Bless. Sister Carol ????"

"I worked with John for many years at Fred G. Anderson"s. John was always such an even tempered, helpful, kind man, who held the voice of reason. My condolences to his family. Margaret Seiwert"

"I remember hiring John at Sargent?s. It?s not very often I interview someone who was in his 70?s, had a whole career, the. Worked at bachman?s for years. I will always remember him in our rose section, helping customers and trimming the roses. Customers loved him because it was obvious he cared so much! It was an honor to get to work with him and consider him a friend. "

"John was a good soul. He was my cousin whom I loved talking to. He always made you feel special and listened to every word you said. He liked to laugh, had great stories and liked to smile. I know he is at peace now and in the love of Jesus care."