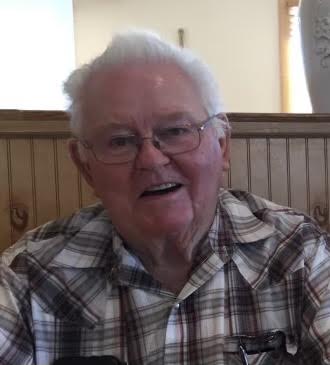 Curtis Leo Harlow, 88, of Baxter, Iowa passed away peacefully and surrounded by his loving family on Tuesday, May 3, 2022, in Baxter. A visitation will be held at Fredregill Funeral Home, 107 North Main Street, Baxter, on May 9 from 5:00 - 7:00 p.m. A private family graveside service will be held at the Iowa Veteran's Cemetery.

Curtis was born in Melcher Dallas, Iowa on January 25, 1934, to Alfred and Icyle (Sams) Harlow. As a kid he grew up in Knoxville, Ankeny, Mitchellville and Newton. He attended Newton High School and following school he joined the Navy Reserves. He married Mary Farr in Newton on July 4, 1952. Curtis then enlisted full-time in the Navy and then relocated to California and Hawaii and started their family together. Curtis served during the Vietnam Conflict and remained on active duty for 21 years until his retirement in 1976. In retirement Curtis was a fabricator and really a jack of all trades. He was an electrician, welder, rebuilt motors, carpenter, woodworker, and loved solving problems and fixing things. He enjoyed mowing his lawn and taking unexpected road trips with no ending destinations.

Curtis was preceded in death by his parents; wife; sons Chris and Danny; grandsons Dustin and Logan; brothers Ted and Dean; and sisters Karen and Liz.

Memorial contributions may be directed to Robin Harlow and will be distributed to Curtis's favorite local organizations.

Fredregill Funeral & Cremation Care has been entrusted with the care of Curtis and his family.

"So very sorry for your loss. Prayers of peace & comfort to the family"

"Our prayers and sympathies are extended to the family and friends of Curtis Harlow."