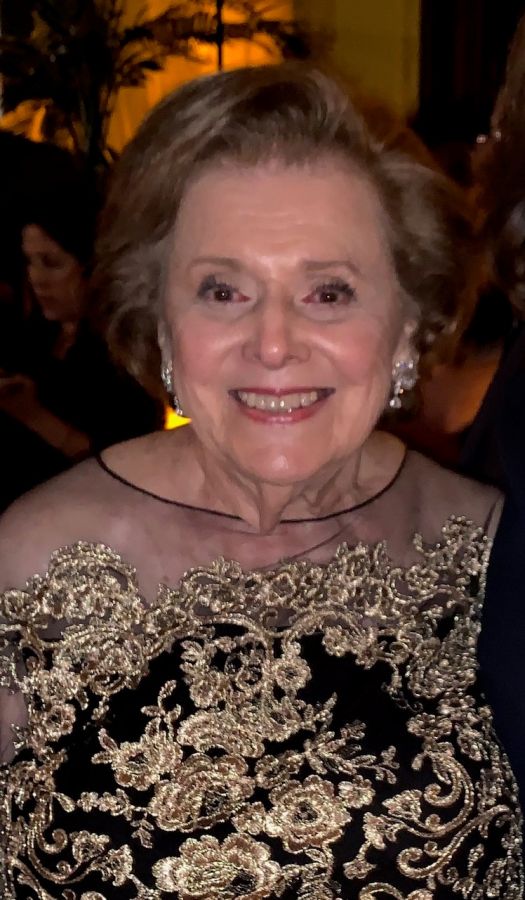 Doris Ostrow Katz passed away peacefully at home on May 4, 2022 in Houston, Texas.
What a woman! Doris was, quite simply, a force to be reckoned with, and she loved her
family and friends with all of her being. Doris had a way of making everyone feel like
they were special. She truly never met a stranger and was an adoring wife, mother,
grandmother, great-grandmother, and friend.

Doris was born on May 10, 1929 (Mother's Day) in Pittsburgh, Pennsylvania to Rose and
Martin Ostrow. In Pittsburgh, she grew up surrounded by a large family, including both
sets of grandparents and many aunts, uncles, and cousins. At the age of 5, shortly after
the birth of her sister Eileen, Doris's father bought an auto supply store in Huntington,
West Virginia and the family enjoyed a happy life there. Five years later, when her
father accepted a position with a large auto parts company, the family moved to New
Orleans, which Doris originally thought was just beyond the ends of the earth.
After graduating high school at 16, Doris began her studies Louisiana State University,
where she met the love of her life, Gerald "Jerry" Katz. After graduation, the two were
married at the Roosevelt Hotel in New Orleans before they settled in a then little-known
town called Sugar Land, TX. The births of their children, Susan and Cindy, soon followed
and Doris and Jerry built their home in Meyerland, where they would live for 50+ years.
The memories made in the Katz's house on S. Braeswood span decades and generations.
It was rare when the pool wasn't filled with people and the kitchen wasn't open for
every holiday (Thanksgiving and Passover were her favorites), and Super Bowl party.
After school snacks at the Katz house were legendary. Later, her favorite time in the
kitchen was with four hungry grandchildren asking for more famous French toast and
bacon on a Sunday morning.

At the age of 10, Doris's Aunt Dora took her to the 1939 World's Fair in New York, where
she witnessed the introduction of Frozen Food. This began her long love affair with
cooking. Doris always felt at home in the kitchen. Her passion for cooking turned into
more than just a hobby when "Doris Kay for Rice Food Markets" was born in the mid
'70s. She could often be found behind the counter at the store doing a cooking
demonstration and published two cookbooks to share her special recipes. Her role as
Doris Kay also led to many television appearance on the local Joanne King show.
Doris was also a longtime member of the Beth Israel Sisterhood and Visiting Nurses
board, an avid tennis, Mahjong and bridge player, and a shopping enthusiast. Doris was
never one to sit and relax; she just had too much to do and too many people to talk
with. She was always "in charge" and wanted things done her way and, more often
than not, she got what she wanted. She was relentless!

Cherished friends were always an integral part of Doris's life. Together, she and Jerry
and their many friends spent weekends at parties and traveled all over the world, but
her favorite place was Carlsbad, California. They spent summers at La Costa for more
than 30 years and Doris loved nothing more than spending days on the tennis court and
nights on the patio of their condo. Her grandchildren's annual visits to California made
her the happiest.

Doris was preceded in death by her parents and grandparents, her husband Gerald Katz,
her sister Eileen Krandel, and her brothers-in-law Leon Krandel and Ron Katz. She is
survived by her beloved children Susan & Steven Weil and Cindy & Les Fox; adored
grandchildren Andy Weil & Eva Dickerman, Lauren & Marc Sancton, Lindsey Fox, and
Greg Weil; niece Karen & David Palans, nephew Craig & Judy Krandel, great nieces and
nephews; and her treasured great-grandchildren Reese and Blake Sancton. The family
would like to thank her devoted housekeeper and friend, Connie Gomez, for her love
and support of Mom for over 44 years. We also would like to thank her recent
caregivers, Rose, Flor, Jackie, and Djeneba for their caring support.
A private graveside service will be held on Friday, May 6, 2022 followed by a public
memorial service at 11 a.m. in the Gordon Chapel at Congregation Beth Israel, 5600 N.
Braeswood Blvd. Houston, TX 77096. In lieu of customary remembrances, the family
requests that donations be made in Doris's memory to Congregation Beth Israel or the
charity of your choice.

Recipe For Happiness
2 Heaping cups of Patience
1 Heart full of Love
2 Handfuls of Generosity
A dash of Laughter
1 Head full of Understanding
Mix and sprinkle generously with Kindness and Faith.
Spread over a period of a lifetime.
Serve to everyone you meet!
From the Doris Kay Cookbook

Funeral services can be streamed live at the following link https://www.beth-israel.org/news-events-upcoming-events/livestreaming/

"I knew Doris and Jerry when my husband was also at Shearson Smith Barney. I remember we were at La Costa, and she took me to see her new, maybe 2-yr-old condo, and the magic kitchen table that would open up to a gigantic length! I also remembering visiting with her when she was also in the Shearson office one day, soon after she'd had her first grandchild. On that particular day, I remember her saying (while she showed me baby pictures) that she had told her daughter she wasn't an automatic babysitter?that she had a life, too! (Obviously she warmed up to the idea!) Dynamic and interesting lady! I hope her last years were good. ?? Cari Oliver-Annunziato"