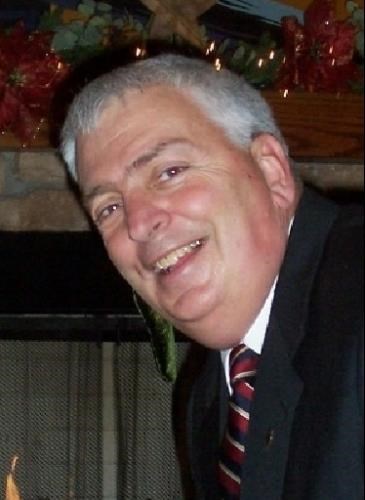 Glenn Howard Sheathelm, age 75, passed away Friday, August 13, 2021. Glenn was born in Muskegon, MI on March 18, 1946, to Rex & Stephanie (Kufta) Sheathelm, and served his country in the US Army during the Vietnam War. He was a devoted teacher and librarian for 35 years before he retired from Muskegon Public Schools. Glenn earned a Master's degree in Library Science and History from WMU & GVSU, and a Bachelor's in Education from WMU. He was a lifelong parishioner of First Presbyterian Church in Muskegon. Glenn was an active member of VFW 8846, VVA Ch. 31, and Muskegon County VA. He participated in the Color Guard for military funerals, placed flags along the highway for Veteran's Day & Memorial Day, and volunteered on USS Silversides & LST 393. He was also a member of the First Cavalry Association and rarely missed a Division Reunion of the 1st of the 8th, "Jumping Mustangs." Glenn was an avid hunter and sportsman. He was a member of the Muskegon Pistol and Rifle Club, taught Hunter Safety, Junior Smallbore Rifle, & Service Rifle clinics, organized local tournaments, and competed in matches. Glenn looked forward to Nationals at Camp Perry in Ohio every year. He enjoyed the outdoors. He volunteered with the National Ski Patrol for over 50 years, primarily at Caberfae Peaks in Cadillac. He often led friends & family backpacking into the Rocky Mountains of Colorado. He enjoyed photography, especially taking photos of nature and catching the expressions of loved ones. He had an ear for music, played the piano, was a longtime patron of West Michigan Symphony, and could often be heard whistling along to Blue Lake Public Radio.
SURVIVORS
Sister, Carmen (Leon) Albiniak of Colorado; Nephew, Matt (Colleen) Albiniak of Oregon; Niece, Alissa (Nick) Stevens, and their children Catherine & Andrew of Colorado; Glenn was preceded in death by his parents, Rex & Stephanie Sheathelm of Muskegon.
MEMORIAL SERVICE
Friday, May 13, 2022, 11:15 AM at the USS LST 393 Veterans Museum, 560 Mart St., Muskegon with Rev. Laurie Hartzell officiating after military honors. Please visit www.clockfuneralhome.com to sign the online guestbook and www.everloved.com/life-of/glenn-sheathelm/ to share a memory online, and for more info about the Memorial Service.

"My deepest condolences to Glenn's family and friends. Glenn was the Steele Jr. High/Middle School librarian/media specialist. I was the librarian/media specialist at Muskegon High School for fifteen years. Glenn would send gift books for the high school library with a detailed description of why the book was good, accurate and usually it was about the Vietnam War. His descriptions were so good that I would glue them into the book as an aid for the readers. Glenn was a true Big Red who returned to play in the Big Red Band when they had the alumnae participation. He was an accomplished photographer, evident by his stunning Christmas cards. I did not know Glenn well; but I knew he was very active with veterans, skiing and fire arms. I wanted him to teach me how to shoot a weapon; but my aversion to guns stopped that for too long. I am so sorry his life was cut short by illness. He was a man of integrity, very kind, very intelligent, a helper to many and an exacting history buff. I totally enjoyed the interviews he did with GVSU, which I recently found. What a fascinating military career he had. The interviews keep alive who he was, an amazing person. I'm so glad he took the time to leave his story as part of an impressive legacy. His memorial service is indicative of how much he loved his family and vice versa and what a great friend he was to so many people, a life extremely well lived. "

"Glenn was a high school and viet nam friend. He will be missed. I enjoyed his company, And talking to him. As I recall he was a good drummer for the Big Red band. Sorry for your loss. "