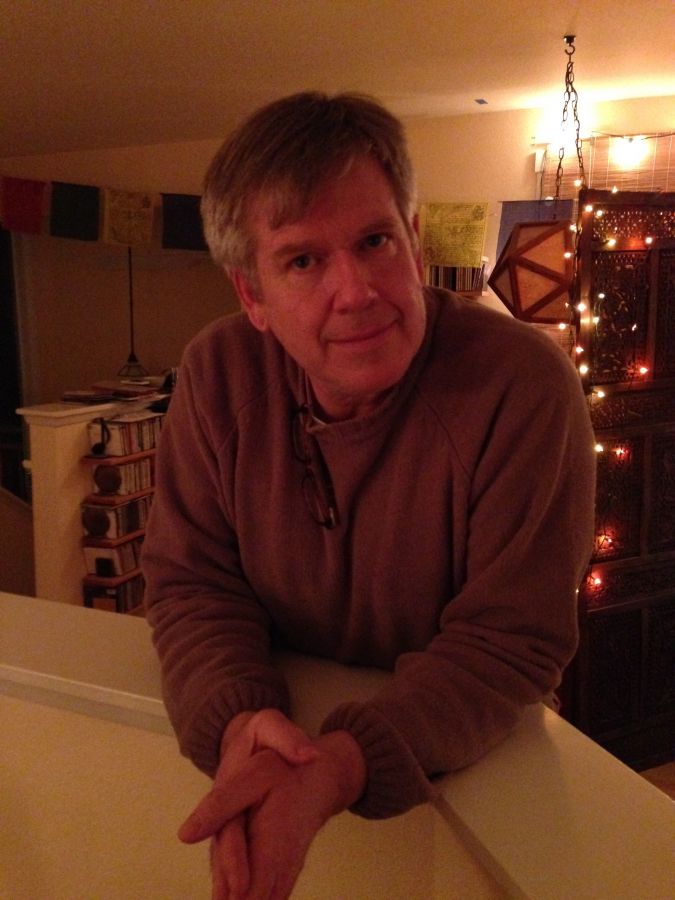 Kurt William Seemann, age 66, of Bellevue and loving husband to Liz (Bichsel) Krenzel, passed away at home with Liz by his side, on February 28, 2022.

Born December 20, 1955, in Evergreen Park, Illinois to Donna Stoddart and Don Seemann, Kurt is survived by his wife, Liz, of Bellevue; Mother Donna; sister Carol Seemann (&Paul Hawthorne); niece Natalie and nephew Jonathan; mother-in-law Sue Bichsel; brother-in-law Joe (& Andrea) and nephew Orion; Aunt Marion Stoddart (&Hugh); and numerous cousins on both coasts. Kurt is also survived by his loving collie dog Sorcha and tabby cat Magellan, who were his constant companions before and during his illness.

Kurt grew up in the Bay Area of California, completing a BA in Geography and Education from University of California, Berkeley. During college, he spent summers working at Glacier National Park, and shared many stories of the student antics working in hospitality and most of all hiking the trails in the park. After college, he worked as a teacher for a short time before heading to north to Alaska. Kurt always said one of his best jobs was driving cab for the Alaska Cab Company in Ketchikan. Eventually, relocating to the Seattle area, Kurt began a multi-decade career in public service in various areas of transportation within the region. He held positions in transportation and development at the Cities of Mountlake Terrace, Redmond, Shoreline, culminating his career as the Transportation Manager and acting Public Works Director for the City of Issaquah, retiring in 2020. Over the years he developed and maintained many long-term friends with whom he enjoyed poker games, Mariner's games and weekend trips.

Well-travelled, Kurt with his best friend and traveling companion, Liz, ventured to six continents - the seventh eluding them due to the worldwide pandemic. They experienced a wide range of cultures, all the while learning about and collecting artifacts from them. Kurt was quite happy exploring and making friends with fellow travelers and locals as they went from place to place. Liz will especially miss her traveling partner, and how he made their lives so interesting.

Throughout the deferring phases of his treatment regimens at Seattle Cancer Care Alliance, University of Washington Hospital and Providence Hospice, Kurt found solace in these words spoken by Ray Wylie Hubbard: "The days I keep my gratitude higher than my expectations, I have really good days"

A special heartfelt thank you is extended to all members of the wonderful teams of health professionals that cared for and supported both Kurt and Liz during the almost 5-year journey that was metastatic melanoma cancer. Their ongoing commitment, perseverance and compassion is commendable, never to be forgotten.

Freda Diesing School of Northwest Coast Art (coastmountaincollege.ca) to support young artists interested in American Roots Music and Native NW Coast Art, two of the many areas of interest close to Kurt's heart.
Kurt will be deeply missed by his wife, family and friends for his soft voice and genuine smile, his sense of humor, wit and never-ending story telling as well as his rich love of music, and for Liz especially, the music trivia "for a dollar" game they often played.

John Mellencamp sang "Life is short even in its longest days"

Donations, if you wish, to Fred Hutchinson Cancer Research Center.