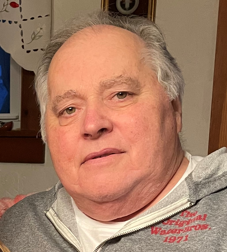 Jean-Michel Raymond Andre Vienne, 73, of Newport, Rhode Island, passed away on May 14, 2022 surrounded by his 3 children. He was the husband of the late Joanne Marie Vienne.
Jean-Michel was born December 6, 1948 in Philippeville, Algeria, to Andre and Raymonde (Payen) Vienne.
He grew up in Provence, in the south of France, the oldest of six children, with 5 younger sisters.
After school he served in the French navy and was stationed in the South Pacific. From there he journeyed as a merchant marine aboard the schooner Shenandoah to accompany the French racing team as they competed in the Americas cup races in Newport.
He would call Newport home for the rest of his life after meeting Jan and starting a family in America.
By this time in his life, he was an accomplished chef and took an opportunity at Johnson & Wales. He went on to have a distinguished career, made many lifelong friends and eventually retired from the University.
His career gave him the opportunity to spend more time with his most prized assets, his family and friends. Summertime was spent at the beach, camping, fishing and countless family adventures. He was a Little League coach for Newport National Little League. He was an active participant in every activity or event that his children were part of.
Backyard cookouts were a special time for Michel. Surrounded by neighbors, nieces, nephews, children, grandchildren, friends, new friends, old friends, is when he shined. His energy was infectious, and the party never ended.
Michel is survived by his children Eric Vienne and his wife Sarah of North Kingstown, Elizabeth Decker and her husband Brian of Dillon, CO, and Nicolas Vienne of Newport; grandchildren, Augustine and Harley Decker and Sophia Vienne; sisters, Martine Martorana, Marie Madeleine Sardi, Marie France Sentou, Patricia Torzuoli, Chantal Angella, and his large extended family.
Visiting hours will be held on Thursday, May 19th, 2022 from 4 to 8 pm at Memorial Funeral home 375 Broadway in Newport. His funeral will be on Friday, May 20th, 2022 at 10 am in the funeral home. Burial will be in St. Columba Cemetery Brown's Lane in Middletown.

"Dave and I were so sorry to read about your Dad. He was a good man, I still remember and can hear him at Braga Park were he coached our son David. With his accent Davy didn't always know he was the one being called to, he did learn. DaVid run. Miss both your Mom and Dad. I'm sorry we won't be in town Friday, hugs Carole Nicodemus"