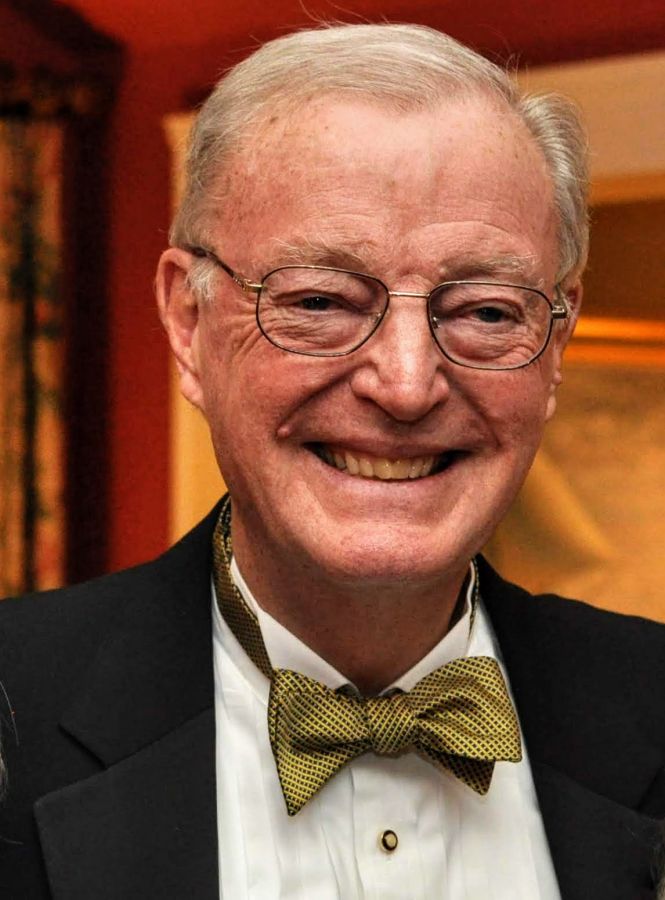 Stephen Robert Davies of the City of Grosse Pointe returned to God peacefully Saturday, Feb. 19, 2022, with his wife, Jane, at his side. The family is grateful to the Medical Intensive Care Unit staff at Ascension St. John Hospital for the compassionate care given to Steve and his family during his brief illness.

Steve was born March 29, 1942, in Cleveland, to Maxton "Tiny" Routh Davies Jr., and Martha Clark Davies. He grew up in Shaker Heights, Ohio, graduating from Shaker Heights High School in 1960. Following a generations-long family tradition, Steve attended Yale University, receiving an English degree in 1964. At Yale he participated in the ROTC program and was a member of the "Duke's Men" a capella group, which offered opportunities to tour and entertain. Upon graduation, he served in the U.S. Army. He was deployed to the Dominican Republic, where he was awarded the Bronze Star for heroic service and achieved the rank of 1st lieutenant. Honorably discharged in 1966, Steve enrolled at the Tuck School of Business at Dartmouth, graduating with an MBA in 1968.

After receiving his MBA, Steve began a career as a sales engineer, specializing in materials and manufacturing, primarily in the automotive industry. Always interested in work, he never officially retired, continuing part time to help longtime colleagues establish new businesses, as well as mentoring young professionals.

A true classic gentleman with grace and humor, Steve was a dapper dresser. An avid reader and frequent local library patron, he was an excellent and eager conversationalist, possessing a quick wit and easy manner. Always welcoming to friends and strangers alike, he had a talent for putting people at ease with a story or engaging question. Kind and giving, Steve could be relied upon to provide a helping hand, whether shoveling snow for neighbors or giving time to friends during unexpected circumstances. He and Jane were integral organizers of their neighborhood block parties. Warm weather was a favorite time of year to spend tending the gardens or reading and entertaining on their deck. Steve and Jane annually planted the garden surrounding the clubhouse of the Grosse Pointe Boat Club as Grosse Pointe City Project Bloom volunteers.

As residents of the City of Grosse Pointe for decades, and active 30-year members of the Grosse Pointe Boat Club, Steve and Jane rarely missed an event. Gifted dancers, together they enjoyed taking the floor when the music began -- no matter the tempo. He served the Boat Club in many capacities, genially supporting Jane as First Gentleman during her year as Commodore, always being counted on to assist with and co-host many events -- especially the popular annual Lobster-Fest Luau.

Steve was the loving husband of 33 years to Jane Reed Keough Davies of Grosse Pointe; and dear father of his sons, Stephen R. "Rob" Davies Jr. (Emily) of Arlington, Va.; John M. Davies (Lidia) of Tallinn, Estonia, and Brian P. Davies (Katharina) of Mainz, Germany. He cherished as a daughter his stepdaughter, Katherine Keough-Jurs (Peter) of Cincinnati. He was the proud grandfather of Maxton, Tess, Lauren, Graham, Alma, Gustav, Thomas and Amanda.

He was briefly survived by his brother, Maxton Clark Davies of Hudson and Put-in-Bay, Ohio, who passed away April 8, 2022. He also is survived by his beloved sister, Sally Davies Bates (Dennis) of Des Moines, Iowa; sister-in-law, Mella Cooks Davies of Hudson and Put-in-Bay, Ohio, sister-in-law, Sister Ruthanne Reed, OP, of Racine, Wis.; close friend, Grant Keough; Jane's and Steve's "bonus kids," Brian and Tamra Fromm; and a large extended family. Steve's ready smile and cheerful nature is tremendously missed by his family and many friends.

In addition to his parents, Steve was predeceased by his sister, Susan Marshall Davies; former spouse, Margaret Buchanan Davies; and mother-in-law, Mary Belle Reed, with whom he had a special relationship.

A man of faith and integrity, a Celebration of Life with Military Honors will be held this summer.