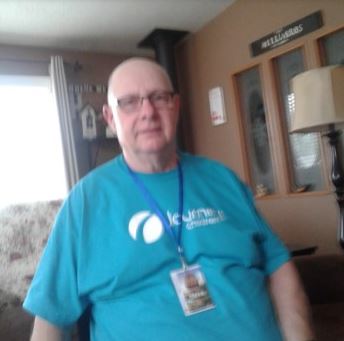 Steven Andrew Millard Sr., age 72 years, of Federal Way, WA, loving and devoted husband of MaDonna Jeanne Millard, died peacefully at home with his family by his side, on May 5, 2022, after a brief illness. He was proceeded in death by his father Charles Andrew Millard, his mother Viola Belle (Millard) Herford, his stepfather, William Isaac Herford "Daddy Bill" and his sister Judith Arlene Tinius, all dearly loved and from Missouri. His grandparents on both sides and many aunts and uncles, and cousins.

Steven was born May 23, 1949 in Carthage, MO to Viola Belle (Locke) Millard and Charles Andrew Millard of Oranogo, MO. He is survived by his wife of 47 years MaDonna, his son's Andrew James of Tacoma, WA and his children Mikayla Lynn of Seattle and Keaton Andrew of Stillacoom, WA. Steven Andrew, Jr. and his wife Dori of Auburn, WA, children Savannah Alexis and her husband Kyle Kramer, of Bend, OR, and Sebastian Andrew, of Auburn, WA. His daughter's Julie Ann and her husband Kerry Dodd, their children Jacob Ray and Emma Caroline of Prescott, AZ. Erica Ann and her husband Kevin Dodd of Redmond, OR and their daughter Kyla Diane and her husband Nathan Epp of Madras, OR. As well as his loving siblings, brother's David Charles Millard and his wife Sharol of Nevada, MO. William Dale Herford and his wife Barbara of Carl Junction, MO. Sister's Janice Elaine Tillman of Pittsburg, KS and Rhonda Gale and her husband Eddie Foulks of Carl Junction, MO, as well as many cousins and loving nieces and nephews, in MO.
Steven grew up on the family farm in Oranogo, MO. After graduating from Carl Junction High School, he joined the Navy and spent his 2 years of service aboard the Aircraft Carrier USS Kitty Hawk, as a Marine Mechanic, during the Vietnam War. He was honorably discharged in 1970 in Bremerton, WA. He chose to stay in WA and went to live on Vashon Island, where he had friends. He worked for K2 Ski Company, and the Vashon School Distract, as well as becoming a volunteer Fire Fighter. He was married briefly and as a result of that marriage, he had two children, Julie, who he adopted and his son Andrew, who was born in 1972. After his divorce he moved to the mainland to work for Boeing, building Hydrofoils in Renton, WA. He met and married MaDonna on December 22, 1974, combining their families, her daughter from a previous marriage, Erica and Julie and Andy and all living together in SeaTac, WA.

After leaving Boeing because of layoffs, he went to work for his father-in-law Phillip Dawson owner of Riverside Welding in Seattle, as a Welder. During that time he and MaDonna welcomed Steven Andrew, Jr. to the family on April 21, 1976. While working for Riverside Welding Steven had the opportunity to help in the building of the Alaska pipeline. He went to Alaska in the winter and it was extremely cold but he did enjoy seeing Polar Bears, in the wild! He was in need of a job that offered benefits, so he gained employment with Chemithon Corp. in Seattle, as a Welder and later as a Warehouse Manager. While employed at Chemithon he was asked to take a trip to Mainland China to trouble shoot and repair soap making machines that China purchased from Chemithon. Steven enjoyed his time learning about the Chinese people and their culture and customs as well as their country, but he was happy to come home when his work was done. After working 22 years working for Chemithon he was laid off because of lack of work. He got a job with King County Metro as a bus driver. He really enjoyed this job. While working as a bus driver he and MaDonna purchased a home in a 55 and older community in Federal Way, WA where they have now lived for last 15 years. Steven has served in many capacities over these years, including being on the HOA board. He retired from King County Metro because of health issues in 2013.
In 1979 Steven joined the WA State Army National Guard, where he proudly served and eventually achieved the rank of 1SG of the 181 SPT BN in Seattle. His unit was deployed to help with cleanup of ash in Eastern WA after the Volcano Mt. St. Helens erupted on May 18, 1980, as well as many other disasters in the State. He retired from the Guard after 21 years and 9 months of service.
When Steven and MaDonna moved to Federal Way, they moved their membership from their previous church to Our Saviors Baptist Church where Steven happily served wherever there was a need. His greatest joy was talking to people and sharing about his Lord and Savior Jesus Christ and all Jesus had done for him!! He made so many cherished and loved friendships at church, which has be renamed Journey Church.
Steven enjoyed being with his family when he wasn't working. He coached his daughter's school softball team for many years. He found joy in attending his sons many sports events, from soccer, football, track and wrestling. The whole family enjoyed the many camping trips they took over the years, many with friends from Grace Baptist Church. Steven was extremely happy to take his family on many trips back to Missouri to spend time with his mother and siblings and their families. Some of his favorite memories were of trips he took his family to Yellowstone and Mt. Rushmore.
Steven will be laid to rest at Tahoma National Cemetery, in Kent, WA on May 25, 2022, with his family and closest friends in attendance. He will be greatly missed by his family, dear friends old and new and by MaDonna, who is looking forward to their reunion in Heaven one day.

"We met Steve and MaDonna at Our Saviors in the adult Sunday School Class. They became very dear friends. We shared a love for the Lord and one another. We found lots of common ground in our love of camping (tho we never were able to schedule a trip together), card games and Mexican Train Dominos (whose rules are we playing by?) played around pizza, chocolate and snacks! So many fun evenings! I knew I could always call on them when Tom was gone traveling. We will truly miss Steve's presence in our lives. He always had a smile, a funny something to share and a big hug! We are so grateful for our friendship!! We rejoice that Steve is completely restored and walking with Jesus. Our deepest sympathy and prayers to Madonna and family during this tremendous loss. Tom and Caroline Barnhart "