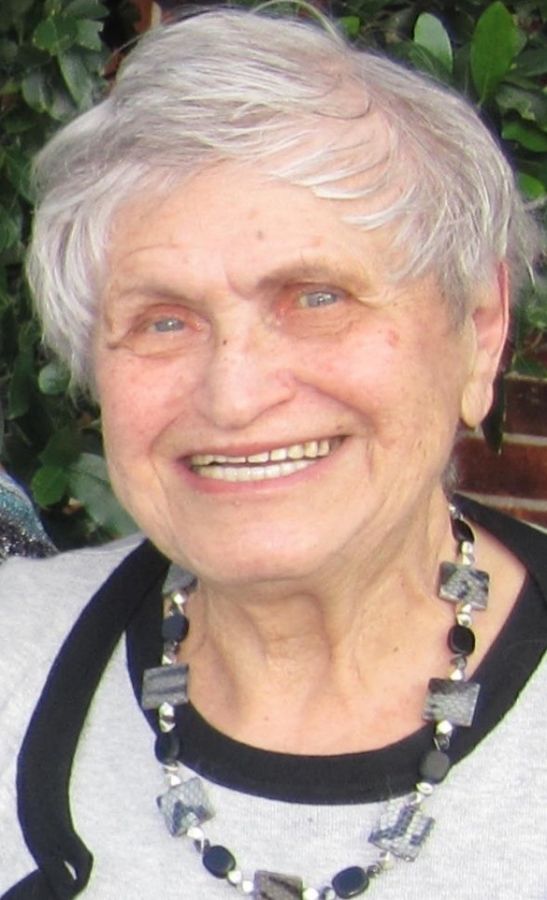 Yolande Irwin Dauber was born Nov. 16, 1918, in Williamsburg, Brooklyn, New York and died in Houston, Texas, at the age of 103. Her life spanned 2 World Wars, and incredible changes in transportation, media, and communication. As a child she had no automobile, radio, tv, computers or internet, but embraced them all during her long, incredible life.

Yolande was born to Harry and Florence Irwin 5 days after the end of WWI and grew up in Brooklyn along with her sister, Muriel and brother Abraham. She attended PS33 Elementary School and Hebrew School. After Eastern District High School she attended Hunter College in the Bronx and then Columbia College where she earned her master's degree in business and education.

In 1937 she met Ernest Dauber and they married January 1940, a loving marriage that lasted 72 years until the death of Ernie in 2012. They had 3 sons Philip, Arthur and Henry. Ever caring, they welcomed into their home Ernest's younger siblings, Phyllis and Jerry after they were orphaned, still in their teens. Jerry lived with them for the next 15 years. Yolande found herself with a new "sister" when Reuben and Frances Irwin arrived in the U.S., recently freed from the concentration camps. Although Reuben and Frances were her aunt and uncle, Frances was close to Yolande in age and she became another "sister." The Reuben Irwins and their son, Martin, remained a part of Ernest and Yolande's family richening all their lives.

Yolande taught in the New York City schools for 25 years; first for 4 years as a typing teacher at Ditmas Jr. High, and then for 20 years as a guidance counselor at Shelbank Jr. High. After retirement in 1986 she and Ernie traveled the world. In 1990, they sold their house in Brooklyn and moved to Deerfield Beach, Florida where they lived until 2012. They then moved to Houston where Arthur and Joyce were living. Yolande was able to celebrate the mitzvahs of Joyce's 8 grandchildren over the next 10 years.

Since 2012 Yolande has lived in The Medallion in Houston and has enriched the lives of everyone there. Her children, grandchildren, and great-grandchildren received never-ending love and approval. She never forgot a a birthday, interest, or concern. They basked in her unquestioning love and confidence in them.

Everyone who met Yolande was amazed at her intelligence, her memory and her ability to adapt to the modern world. At the age of 80 she got her first computer. She learned not only to use email and communicate on Skype and Zoom, but she learned how to entertain herself watching operas and concerts that she could no longer attend, by finding them on Youtube. As her vision grew worse, she learned to read the newspapers on the computer, follow what was happening in the world, and learn new things. At 101, she learned how to play mah-jong and played during covid on the computer. At The Medallion she was an inspiration and model role for everyone who lived there.

The family gives special thanks to her longtime, devoted caretaker and friend Jennifer Smith.

She will be missed and lovingly remembered by everyone who was lucky enough to come in contact with her. The family requests that memorial donations in her honor may be made to the Houston Jewish Community Foundation, Yolande Dauber Memorial Tribute Fund, 5603 S. Braeswood, Houston, TX 77096, or www.hjcf.org, or to The Medallion at Seven Acres Senior Jewish Care Services.

A shiva will be held on Sunday, June 19, 2022 at 6PM, please contact the family for the location.

"Oh gosh. Where do I begin, I have known this wonderful, lady since 2012. I do volunteer at both 7 Acres and the Medallion. She was awesome. I would see her and her close friend Doris, everywhere from the chapel aevery morning . She will certainly be missed especially by this volunteer. "