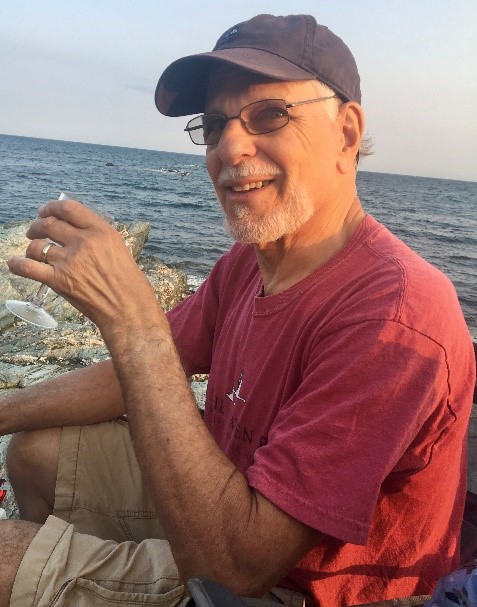 Dr. Peter Jeffrey Kosseff of Newport, Rhode Island passed away at home on June 7, 2022 after a valiant battle with cancer. He approached his fight against cancer with the same fortitude he applied to all aspects of his life. Throughout this time, the dedicated support of his family and steadfast friends was greatly appreciated.

Peter was born on January 18, 1944 and raised in New York City and Ossining, New York. He received a B.A. from Syracuse University in 1965 and a Ph.D. in Clinical Psychology from Columbia University in 1972. Early in his career, Peter worked at the Brooklyn Veterans' Administration Hospital, The Children's Village, and Payne Whitney Psychiatric Clinic, all in New York State. After moving to Newport, Peter joined the Newport County Community Mental Health Center where he developed the Children's Mental Health Services. He later established private practices in Wakefield and Newport, providing therapy to countless individuals and families. Additionally, Peter advocated for children and families in the Rhode Island court system, frequently appearing as an expert witness as well as serving as the first psychologist appointed as a guardian ad litem in the state. He also acted as a consulting psychologist at St. George's School, Salve Regina University, and the Newport Head Start Program.

A resident of Newport for almost fifty years, Peter cherished spending time at the beaches, riding his bike around Ocean Drive, and taking walks to see the snowy owls and other wildlife at Sachuest Point. Throughout his life, he was passionate about exploring the scholarly and natural worlds; he read avidly and embraced opportunities to travel, backpack, kayak, swim, snorkel, and ski. Peter was unfailingly generous and always made himself available to listen to and support his family and friends. He volunteered at Sachuest Point, on various political campaigns, and on committees addressing the needs of the Newport public schools.

Peter is survived by his wife of fifty-six years, Pamela, with whom he shared a phenomenal love of each other and of their family. He is also survived by his son Alex of Nederland, Colorado, and his partner, Rebecca Katz, his daughter Lauren, and her husband Heath Robinson of New Rochelle, New York. Peter was an exceptionally enthusiastic grandfather to Gus, Eli, and Luke. He imbued his grandsons with his adoration of nature, particularly relishing their time together searching for sea creatures at Third Beach's Crabtown and caring for them in his saltwater aquariums. Peter is also survived by his loving stepmother Elaine Kosseff, devoted brothers, Andrew (Nancy) and Christopher (Betty), and numerous nieces and nephews.

""Dr. Kosseff" , as I called him, met me when I was a young, suicidal, angry, sad, flailing 7th grader. Despite the turmoil I brought to him for every appt, he remained calm, compassionate, and honored my analytical approach to the world. Had he not been present, I might not have survived, and certainly wouldn't have finished high school. Years later, I myself am a therapist, and have often channeled his energy and sometimes approach as I look to help others. He will be missed. Much gratitude for those that were part of his life and helped shape him to become the person he was for me."

"When I moved to Newport 3 decades ago, Peter was most welcoming and instrumental in helping me to set up shop professionally. Little did I know that this meeting would begin a relationship that would include a colleague, a mentor, but most preciously a close, supportive and everpresent friend,. It has been my honor and privilege to have known Peter over the years. Deepest condolences to Pam, Alex, Lauren and the extended family"

"I'm of the age where local obituaries are routinely of people I know as friends, neighbors, colleagues and family. But I didn't wasn't prepared to see Peter's picture on the obit page this morning. I'm deeply saddened by his passing. We go back a long time. Back to the time we both started at the Newport Mental Health Center and Newport Hospital. Our lives crossed paths many times. When I needed guidance, he was there for me. I wish I had been there for him. This is a terrible loss not only to his wife Pam, his family, and his many friends, clients and colleagues...but to the whole community. This is very sad news indeed. This world was a better place with Peter Kosseff in it. August "Gus" Cordeiro Former President & CEO Newport Hospital "

"Peter spent years working with us and our three foster children. His understanding of our situation was supportive and extremely helpful.. I think of him often and now send sympathies to his family. Penny Fitch, Newport"

"I am deeply saddened about Peter's death. I offer my deepest condolences to Pam and the children. I remember Peter when he came to Newport to work as a Clinical Psychologist for the Newport County Community Mental Health Center (NCCMHC) and serve as its leader in providing clinical services to children and young adults. He was very dedicated and determined to see that young people got the services that they needed. I remember many meetings where Peter would speak out strongly on behalf of children with emotional problems. We were allies in the 'political' side of operations of the NCCMHC. (There was some tension between hospital-based and community-based services at the time. Peter and I shared a proclivity for the community-based approach. It was good to be able to discuss these things with him.) He was a strong advocate of family therapy. He mentored several graduate psych students from URI. He believed in working with schools and other entities in the community to help the 'whole' child. I knew him to be an honest, hard-working, clinically sound, very smart person who genuinely cared about people. More recently, I would see him in the neighborhood walking his dog and we would have an exchange of pleasantries. I will miss Peter and I will be keeping him in my prayers R.I.P. J. Clement 'Bud' Cicilline Former CEO - NCCMHC Newport, RI "