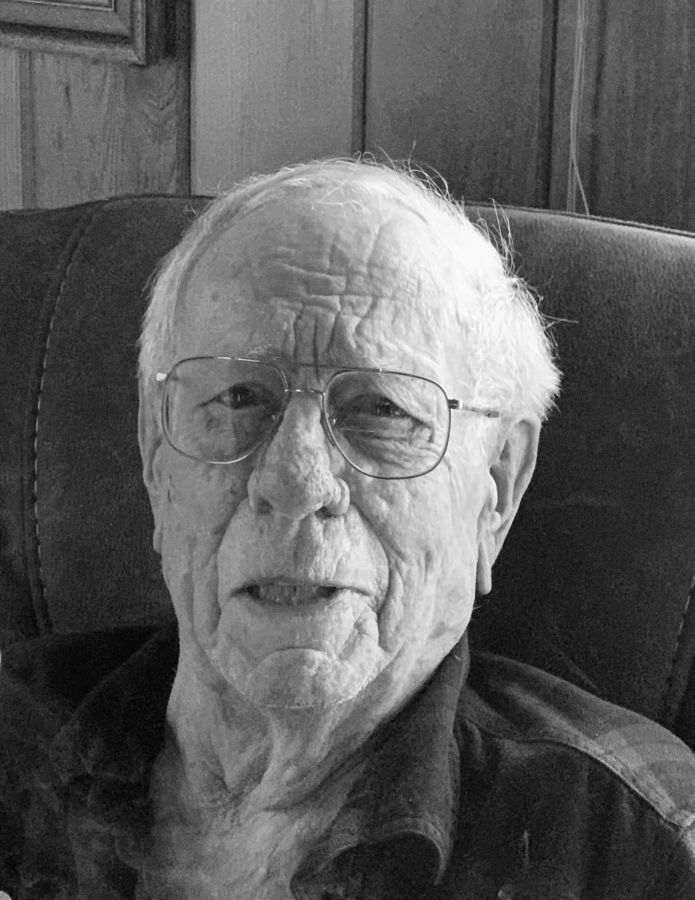 William Joseph Pence (Bill or Doc to his friends) died on June 8, 2022, having enjoyed a wide-ranging chat with family members in his hospital room the evening before, where he expounded in his unique vernacular on the current state of the world, religion, and the magic of fly-fishing, among many other subjects with his last martini in hand. It brought him bittersweet joy in his final week of life to get the daily report about trout fishing on the Wolf River from his son Dick. How he missed fishing the river.

Bill was born to Homer Orville Pence and Irene Katherine Pence nee Golden on December 17, 1933, in Menomonie, WI. After several moves, the family eventually settled in Spring Valley where Bill graduated from high school. He learned welding and machining from his father and worked in the two trades during the summers. Once his father had talked him out of following in his footsteps and becoming a machinist, he attended the University of Wisconsin-River Falls, and then the University of Minnesota Dental School, graduating in 1958.

As a teen in Spring Valley, Bill met Ruth Gueldner, they married in 1955 and had five children together. Their married life was flavored with fun, hard work, humor, and a shared commitment to family. They found fun everywhere they went, be it with their kids at the family cottage or socializing heartily with a wide variety of friends from all walks of life. Bill practiced dentistry in Neenah for over 30 years. Dentistry was a good fit, as Bill was extremely talented with his hands, whether he was modeling crowns and bridges, restoring Model A Fords, or building wooden row boats, radio-controlled airplanes, and violins. His craftsmanship was always near perfect.

Bill and Ruth retired from Neenah to a house they had built across from the old family cottage on Sawyer Lake in Langlade County. In what he called "God's Country," Bill continued to enjoy the fishing and hunting of his younger self for as long as his health allowed, and took up golf, which he enjoyed mostly for its social aspect. But, he spent the bulk of his time in his shop, contentedly listening to classical music and building stuff through a permanent haze of cigarette smoke. Life at the lake was sweetened by several Labrador retrievers, kids and grandkids waterskiing, fish fries, bird and wildlife watching, and boisterous meals around the dining room table whenever any of the kids visited. Sharing a cocktail and meal with those he loved, capped off with spirited debate and good music on the stereo, was one of Bill's greatest joys in life. His sense of humor is legendary, and his stories will continue to be told for years to come, albeit without his unique flair. Bill was a complex man who loved music, literature, and WW2 history as much as he loved off-color jokes, clever pranks, and hunting adventures into the wilderness.

Prior to Bill's final hospital stay, he lived briefly at Assisted Living for Lakewood, and the family would like to thank Jackie and the staff there for their kind and caring attention to and appreciation of "Pence."

Friends and family are invited to an Open House at Bill's home on August 6 from 3-7 pm to celebrate his life.

"What a shock! Doc was my dentist in Neenah and I was blessed to see him again and your Mom at every election for years in White Lake. The first time I heard him say who he was at the elections I heard that voice and smiled. He had his dental office next to my Dads hardware store in Neenah and they played pranks on each other. So funny! I called my Dad and told him of Dads passing.(Wally Christensen) I remember taking vacation on Sawyer lake and our families playing together. I?m so sorry and my heart is with all of you. He?s now with Mom!"