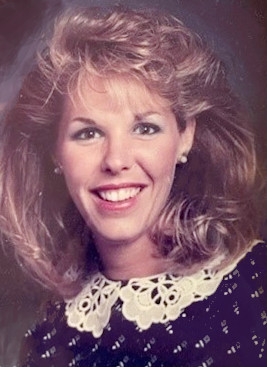 Gail Levinton passed away on Monday, June 20 in her home, surrounded by her beloved children and husband. Born in El Paso, Texas on June 24, 1961, Gail Levinton was the second child of Alex and Doris Gluck. Alex was a Holocaust survivor and was denied schooling as a child in Czechoslovakia. From an early age, Gail developed a love for education and dreamed of growing up to be a teacher to give to others what had been kept from her father.

An avid swimmer, Gail belonged to the YMCA as a child and worked in her family's Kosher butcher and deli. Gail attended El Paso's Coronado High School and went on to graduate from The University of Texas at Austin with a Bachelor of Science in Education. At UT, Gail formed friendships that lasted her lifetime, and she fulfilled her dream of becoming a teacher. Gail excelled at UT and was named Student Teacher of the Year when she graduated in 1983. The honor earned her a seat on stage with the dean of the College of Education during her graduation ceremony.

After college, Gail moved to Houston to teach kindergarten at Woodview Elementary and authored curriculum for the Spring Branch Independent School District. As a teacher, Gail touched the lives of countless students and often helped her students through challenging periods. Years later, Gail reconnected with many of her past students as they reached out to her through social media to share the stories of the successful lives they had gone on to live.

In 1986, Gail met Bradley Levinton, the love of her life. Once Brad mustered the courage to introduce himself at a Jewish singles dance, Gail and Brad were engaged two weeks later. They married in 1988. Early in their marriage, Gail and Brad spent their weekends in the Memorial neighborhood of Houston riding an antique two-seater bicycle that Brad had lovingly restored for Gail. The couple also explored the Texas Hill Country collecting memories and often gathered with friends at the old Las Alamedas restaurant overlooking the bayou.

In 1989, Gail gave birth to Matthew and retired from teaching to devote herself to her other dream--to be a mother. Ethan soon followed in 1992. The young family moved to a new house in Katy, Texas, which became home for the Levintons for the next 21 years. Gail became a pillar of the community, volunteering at her children's schools and helping to administer the D.A.R.E. program in the Katy Independent School District. Gail never stopped working to enrich the lives of young people as they received their education.

Gail and her children spent many beautiful summers together. Days in the pool, art lessons, and reading contests administered by the neighborhood library defined the family's summer months. When school was out, Gail and her children would also go on fun adventures to their favorite restaurants. Brad would often sneak away from work to join them.

Gail and her family formed countless memories traveling the highways of Texas in camper vans and travel trailers over the years. The Levintons crossed the State many times with their campers to visit Gail's family in El Paso, often spending Thanksgiving with Alex and Doris in Gail's childhood home. The family spent many school vacations exploring the small towns of the Hill Country that Gail and Brad had visited together years before.

Gail was never prouder than when she watched her children graduate with degrees from her beloved UT. Matthew went on to complete a law degree at the University of Virginia. Ethan remained at the University of Texas to complete his law degree. Gail lovingly supported Matthew and Ethan through the challenges of becoming lawyers. Gail was always available to guide her children as they made their way in the world and never stopped telling them how proud she was of the men they had become.

In October of 2021, Gail traveled to Vermont to celebrate Ethan's wedding to Haley. Gail insisted that Ethan and Haley stay true to their plans to marry near Haley's family home in Vermont despite Gail's declining health, remembering the significance of her own wedding to Brad in her cherished El Paso synagogue. Gail chose "My Wish" by Rascal Flatts as the song to be played in place of the mother-son dance. True to her dream--she was an incredible mother.

Gail was predeceased by her parents Alex and Doris and her mother-in-law and father-in-law, Joseph and Loretta Levinton. Gail leaves behind Brad, her husband of 34 years, her children Matthew and Ethan, and daughter-in-law Haley. Gail also leaves her brothers, Brion (Valerie) and Ernie (Rita), and their children, as well as many extended family members and friends whom she adored and who will love and cherish her memory.

The funeral service will be held on Thursday, June 23, 2022 at 2:00 p.m. in The Bender Memorial Chapel at Beth Yeshurun Post Oak, 1037 Post Oak Rd., Houston, TX 77055. The graveside service will immediately follow. Those wishing to view the funeral service remotely via Live Stream please use the following link: https://venue.streamspot.com/f8d04b5b

In lieu of flowers, Gail requested that donations be made to Noah's House in her honor. Information for Noah's House can be found here: https://noahshousetx.org/