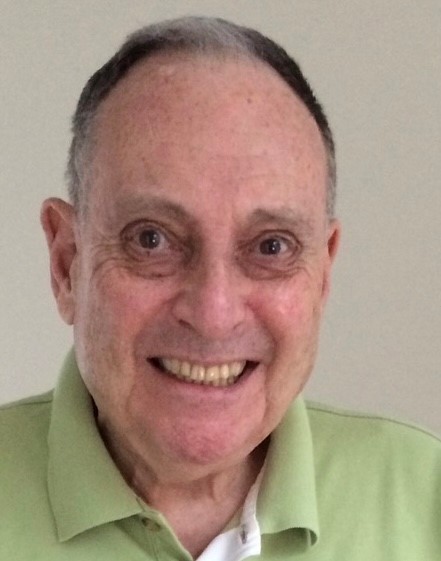 Marvin J. Rosenberg was born in the Bronx, N.Y. on July 25, 1934 to Lee and Henry Rosenberg. He passed away peacefully, surrounded by family and caretakers at his home in Houston, Texas on June 23, 2022. He formerly lived in Roslyn, N.Y. Marvin was a battler who overcame unprecedented medical challenges and injuries who lived life to the fullest, on his terms.
His passion was his care and concern of others, whether that entailed family, friends, clients, or strangers, and the New York Mets. On June 16, 1956 he married the love of his life, Sheila Meyers. He had been to her sweet 16 party, and they have been together ever since, as they will be through eternity. Marvin was a veteran of the United States Army and proudly served his country on several occasions culminating with the Cuban Missile Crisis. He was a member of Temple Beth Shalom in Roslyn, N.Y. and Congregation Beth Yeshurun, in Houston, Tx.
After graduating from James Monroe High School, New York University and Brooklyn Law School he began the practice of law, obtaining his license on December 7, 1959. He worked for Harry Ebenstein, his mentor for several years, who in his words, taught him the ropes, and in 1963 partnered with Paul Lardi, forming the firm of Lardi & Rosenberg. Their relationship was unique in that their mutual trust and respect was such that they never bothered to enter into a formal partnership agreement. In 1973 Paul and Marvin ventured "out of the box" and started Rolar Imports, a company that imported fine wines, first from Italy, where their producers were Carpineto and Tommasi, later expanding to other prominent wine producing regions in Europe and Australia.
After surviving a massive brain hemorrhage in 1992, and the extensive rehab that followed it, in what every doctor who has ever treated him described as nothing short of a medical miracle, he stepped back from the practice of law to focus on the wine company. His efforts assisted in making Tommasi one of the most respected producers in all of Italy and left it well positioned for its future. Nothing was more important to Marvin than his family. His love for Sheila was unprecedented. They were each other's rock and were inseparable. The success and wellbeing of his children and grandchildren were his top priority.
He was preceded in death by his parents Lee and Henry Rosenberg. His legacy surviving him, in addition to his beloved Sheila, are his children and grandchildren who adored him; Gregg Rosenberg (Melanie) Bellaire, Tx., Pamela Rosenberg, Roslyn, N.Y., Amy Small (Andrew) Highland Park, Il., his grandchildren Ashley Rosenberg (Mitchell Blumka) San Marcos, Tx., Hayley Rosenberg, Houston, Tx., Jacob Small, New York, N.Y., Emily Small, Washington, D.C., Lauren Rosenberg, Houston, Tx., Joshua Small, New York, N.Y., Melanie Small, Highland Park, Il., Rachel Packman (Kevin) Bellville, Tx., Lindsey Dominguez (Colby Bailey), Tulsa, Ok., Cameron Markoff, Bastrop, Tx., Holden Markoff, Fort Worth, Tx., and his great grandson, Cooper Michael Bailey, Tulsa, Ok.
Funeral services will be at Beth Yeshurun Cemetery (Post Oak) on Sunday, June 26, 2022 at 2:00 p.m., Rabbi David Rosen officiating. The service will be live streamed at https://venue.streamspot.com/f8d04b5b.
For those who wish to offer a contribution in Marvin's memory, the family asks you to consider North Shore University Hospital Neurosurgery Research, the American Heart Association, Wounded Warriors or Holocaust Museum, Houston. His final wish to anybody would be for good health, good wealth, and many long years to enjoy them both.

"Marvin was more than my boss at Rolar for 16 years. He was a friend. His sense of humor was legendary and there are many instances when I can hear one his quips in my head. He took my daughter under his wing and found a transition job for her with his son?s law practice. He was beyond fair in business - generous is a more apt description. He loved Sheila and his family above all. Rest In Peace, dear Marvin"