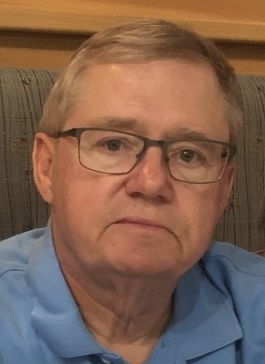 Tim was born September 29, 1950 to Harvey and Florance Zens in Detroit, Michigan. Tim graduated from Grosse Pointe High School in 1968 and went on to attend Eastern Michigan University. He honorably served in the U.S. Army during the Vietnam War.

Tim worked as a sales representative for Parker Chemical and later as a global service manager for Henkel in Madison Heights, Michigan. Tim's job took him around the world until retirement in 2007.

He is survived by his wife, Patricia; daughters Kristin Remillet (Jeffrey) and Kelly Brown (Stephen); and his four grandsons Jackman, Judd, Lucas, and Reid. He is preceded in death by his brother, Harvey; and survived by his sisters, Mary Kessler (John) and Beth Heinrich (Walter.) In addition to being a loving husband, father and grandfather, he was an uncle and cousin.

A lifelong Grosse Pointer, Tim was an avid sailor, dog lover, and a friend to many. He especially enjoyed sharing a meal with his family.

"I worked in the field at Henkel during Tim's employment. Although we didn't work together all the time, whenever I had interactions with Tim he was always a cordial gentleman and willing to help me when he could. Jerry Hansen "

"I?ve known Tim since we were eight years old. We have been best friends since. We were inseparable growing up and we called or saw each other daily until we both left for college. We continued to keep in touch in the years following as best we could through moves and jobs. Tim was always a lot of fun and seemed to have that great ability and interest to get people or friends together to share the fun, whether it was on a boat the Zens family had at the time or at Tim?s parents house on Lincoln Rd. The Zens? house was always where Tim?s friends gathered or stopped on the way home from school or on the weekend. Although I moved from Grosse Pointe several years ago, Tim seemed to continued to extend that same hospitality for the rest of his life. Tim loved to sail and was great at it. He was probably most at home and relaxed on his boat on Lake St. Clair with his family or friends on board. I regret his young grandsons won?t be able to benefit from his teaching them to sail and fix things around the house. I know he was looking forward to that. He loved his tools and gadgets, and fixing things. He was very knowledgeable about so much. He had traveled the world in his job and I think that gave him a unique perspective and education. I will sure miss Tim and extend my heart felt condolences to Pat, Kristen, Kelli, and his sisters, Mary and Beth, and the rest of the Zens family. Chris Renouf"

"I am so very sorry to learn of Tim's passing. He and Pat have been great friends to the Harwood family, but even more, Tim was my late brother, Larry's best friend. It was Tim who found my brother at his home, as Tim had regularly visited Larry. Tim was a groomsman with me in Larry's wedding party. It was Tim who notified me of my brother's passing and stayed at his home until Larry's home was secured. Tim and Larry were as close as brothers, and as such I am affected as well. I will never forget Tim's kindness and loyalty to our family in our time of sorrow. Tudi and I send our love and deepest sympathy to Pat and the rest of the Zens family. Larry cherished them all. May God Bless, and may Tim rest in peace. Jack Harwood"

"I also worked with Tim at Henkel. I fondly remember the hospitality he showed all of us and the spread of food he had for us on the veranda of the DYC during the hydroplane races on the River. Thank you are not words enough - Fair winds and quiet seas. Jack Garavanta "

"Thinking of you, Pat & family at this very sad time. "

"Captain Tim will be missed by all who had the pleasure of knowing him. He is well known throughout Northern Michigan particularly at stump lake. He was a Swale guy !"

"Tim and I worked together at Parker and Henkel at roughly the same times, although we were on different paths in the Company. Sorry to hear of his passing and will be thinking of him and his family during these times. "