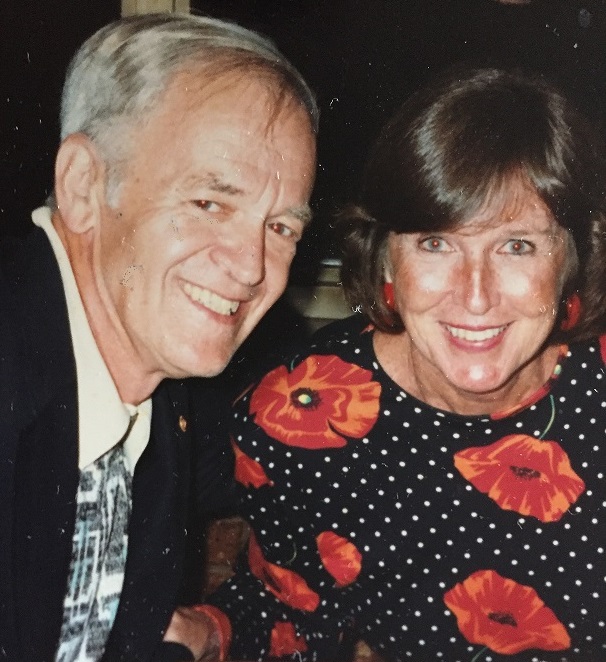 Dr. Briggs, 93, passed away peacefully Monday afternoon, June 27th, with his beloved wife of 69 years, Mary, at his side. His early years were spent in Ypsilanti where he was born to Anna Ruth (Wenderlein) and Arthur Briggs on November 17, 1928. He spent his grade school years in a 2 room school house in Hamburg, Michigan under the tutelage of his favorite Aunt Helen. Don graduated from Dearborn High School where he discovered his love of and talent for baseball. Between scholarships and part time jobs, Don continued his education and earned his undergraduate and Doctorate of Dentistry degrees at the University of Michigan. While in dental school, Don met the love of his life, a young co-ed, Mary Theresa Gratzer, on a blind date which was destined to lead to marriage in 1953.

After completing his medical degree, Don served in the US Navy as a LTjg at Great Lakes Naval Base from 1954-1956 as the dental instructor in the Dental Technician School where he also played as a MVP on the Navy baseball team. During those years, the young couple were blessed with two healthy and active boys, Donnie and Joey. After the navy, the young family of 4 settled in Grosse Pointe, Michigan (Mary's home town) where Don enjoyed his practice and patients for 54 happy years. He was not your run-of-the-mill dentist. Don took time and special care of his patients. It was not uncommon for him to go on a house call or to answer a ringing phone in the middle of the night. He truly went above and beyond.

In his early years, Don played on several semi-professional baseball teams and carried that love and knowledge of the game into mentoring his own two sons and by coaching many of their baseball teams throughout the years. Baseball was truly one of the family's joys, as was skiing, where many happy family days were spent on snow packed hills in Northern Michigan. If it had to do with family, Don was there, ready to go, ready to have fun and ready to dive in and play!

Tennis with an active and lively group of close friends later became a major form of recreation for Don and Mary who also enjoyed many peaceful days of fly fishing together in Michigan and Montana. Birdwatching and hunting with his yellow lab, Wongo, were also favorite avocations. Don shared his love of fly fishing with his sons and grandsons, which turned into annual fishing trips to Montana that will always hold a special place in the Briggs men's hearts.

Don was a man of extraordinary kindness and understanding. He was always willing to offer a word of support and encouragement. Don was a man of patience and grace. He didn't light up a room - his was a quiet presence. He was the one who made the humorously insightful remark that put things into perspective. He was a man of integrity without pretensions - gentle and strong. And he will be forever loved and missed.

Don is survived by his wife Mary, his two sons Don (Deborah) and Joe (Mira), his four grandchildren Amalia, Donald, Joseph and Lindsey and by numerous nieces and nephews. He was preceded in death by his parents, his sister Sharon Klamerus and brother Patrick Briggs.

"I was so sorry to see the obituary for Dr. Briggs in the Free Press. He was really great & I had a chuckle reading the obit because it was so true! My condolences Don, Ronda Martinez"

"My 91-year-old brain did not handle this technology well a few seconds ago!! We moved into Grosse Pointe City 57 years ago. My memory is that Don was my dentist from that time until he retired. He was extremely nice and gave me and our family (7 children) excellent dental care. My sincere condolences to Don's family."

"I knew my grandpa as a calm, funny, positive person who I always enjoyed seeing. This weekend I learned so much more about him and the beacon of love, safety, and support he was for family, friends, patients and staff. Hearing about what a pillar he was to so many provided me with a new perspective on my own life, and I feel so lucky to have had such close exposure to the love he poured out into the world. He was a man of few words, but those words packed a punch?I have many memories of his witty one-liners that I?ll never forget. What sticks with me more than what he said, however, is his demeanor when things were left unsaid; he was always just so pleasant, so patient, so kind, even as he lost every facet of his own autonomy. His light demeanor was such a reprieve from the all-too-frequent heaviness of life. I?ll miss him and his light way of being, but I have no doubt that his positive impact will continue through the love that he gave to so many."

"Don was such an amazing man. I had the pleasure of meeting him a couple of times. I know for sure that he was an outstanding father as he passed his amazing traits on to his sons Joe and Don. My condolences to the entire Briggs family."

"Don was more than a wonderful man, he was a great friend and supportive mentor. I will always be grateful for the opportunity and support he provided to me and my family. Our deepest sympathy goes out to you Mary and your family. Don will be dearly missed by many. With Love, Edward Vermet DDS and Family>"

"Like so many men of his generation, Donald Briggs was a pillar for his family, but even more than that, he also used his support and positive influence to help strengthen his community, which sets him apart from most. A good man will always be missed; a magnanimous man will forever be mourned. Our sincerest condolences for the loss of your wonderful husband and father, uncle and grandfather, and dearest friend. Love, The Petkovic Family"

"A great man and dentist from my childhood until I relocated to Arizona. Peace to the family at this difficult time."

"An obituary that is on point in all aspects of his wonderful life. Sid and I were blessed to be part of the weekly tennis group that also spent New Years together for decades. Don was a gentleman who will be missed by many. Our condolences to Mary , Don and Joe and his extended family. Sid and Al LeChard"