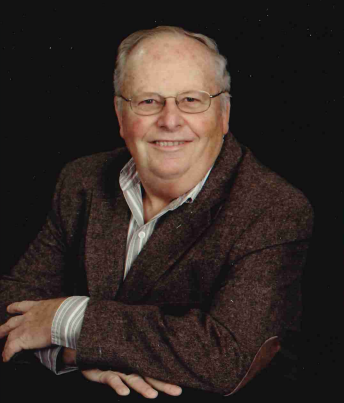 Donald Fredrick Carlson was born on June 16, 1931, in Vernon County, Wisconsin, to
Arvid K. Carlson and Cora (Buros) Carlson Swiggum. He attended Seas Branch County School and Westby High School. Don enlisted in USAF in 1951 in Milwaukee, WI. He spent the next four years in the Air Force during the Korean War. Don was in Nagoya, Japan, as an aircraft landing radar operator for about two years.

After leaving the Air Force in 1955, he worked at Fairbanks Morse, Beloit, WI as a machinist before joining IBM in Chicago. He married Arlene J. (Smith) Carlson and they lived in Chicago area for nineteen years. During that time, he worked as a customer engineer for IBM. In 1974 Don transferred to IBM in Rochester, MN.

Don was preceded in death by his parents, his first wife Arlene of 46 years, and many friends and relatives. He had a strong faith and was a member of Bethel Lutheran Church.

Don lived a wonderful, full life of 91 years. It brought him so much joy to spend time with family. He was a loving father to his daughters. He taught his daughters how to be kind to others, patience, how to listen and to love. He was a true gentleman.

Don was a member of Golden K Kiwanis, The Blind and Visually impaired of Rochester and Rochester Wood Carvers. Don retired from IBM in 1990 after 33 years of work. In retirement he enjoyed traveling, fishing with friends, woodcarving, gardening, and listening to audio books.

He had many friends far and wide and especially at Realife Coop where he lived and enjoyed spending time with them.

Don always had a big smile for people and was a very kind and patient person. His Norwegian humor often came out in his conversations. He was a very happy man and people loved being around him. He loved his many dogs and grand dogs.

Don would often say it's not what you can't do in life but be grateful and happy with what you can do.

He will be missed by all.

Celebration of Don's life will be held at 11 a.m. on Monday, July 11, 2022 at Ranfranz & Vine Funeral Homes, 5421 Royal Place NW, Rochester, MN 55901. Visitation will start at 10 a.m.
Memorials may be given to cancer research, Salvation Army or Channel One.
Ranfranz & Vine Funeral Home is honored to be serving the Carlson family; to share a special memory or condolence please visit www.ranfranzandvinefh.com

" Dear Don thinking about you last 2 weeks, more than ever !!! ??you will be missed by so many great friends an relatives ,your are the best father in law ,a person could only dream of having ???? ???"

"Teresa, just a few weeks ago we exchanged words at Pax Christi and now you are mourning Don's death. It is so very tough to lose the people we had loved. I am wishing you courage and strength to carry on without Don. Please accept my sincerest sympathy. I made a donation to Channel One as a memorial for Don. Receive a biiiiig hug from Maria Peterson"

"He was a lovely person. May he RIP "