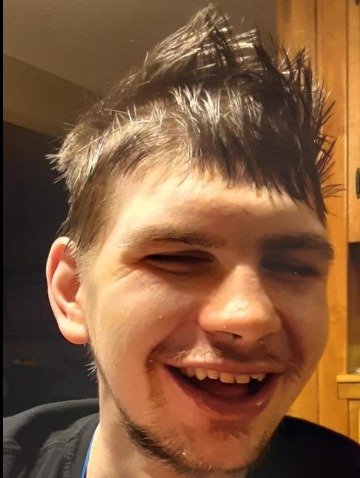 We were so happy to welcome our "Sonny" Valentine to the world. A special ray of sunshine charming everyone he met with his bright smile. Even after a diagnosis of Epilepsy at age 3, he made day-to-day life anything but boring. Sam enjoyed Camp Winnebago as well as outings with groups like Arsys and Possibilities. He also participated in Adaptive Recreation activities. Schooling followed as normal a path as his Special Needs would allow. He attended Rochester Public Schools and finished with a "Graduation" from the TLC Program. After graduation Sam was active with ABC and later with ExercisAbilities. Sam had many changes in favorites that changed as frequently as did his disabilities. As he aged, he developed muscle weakness putting him in a wheelchair. Sam also fought off repeated bouts of Aspiration Pneumonia and Dysphasia. Still, this did not dampen his bubbly personality. He lived life to the fullest making the most of his shortened lifespan. Sam left this world having touched so many hearts. We will miss him dearly. Sam is survived by his parents, 2 sisters, and 1 brother. He was preceded in death by a brother, and both sets of Grandparents. A Celebration of Life Memorial will be held July 7th from 4pm-8pm at Zumbro Lutheran Church 624 3rd Ave SW Rochester, MN 55902. Ranfranz and Vine Funeral Homes is honored to be serving the Watson Family.