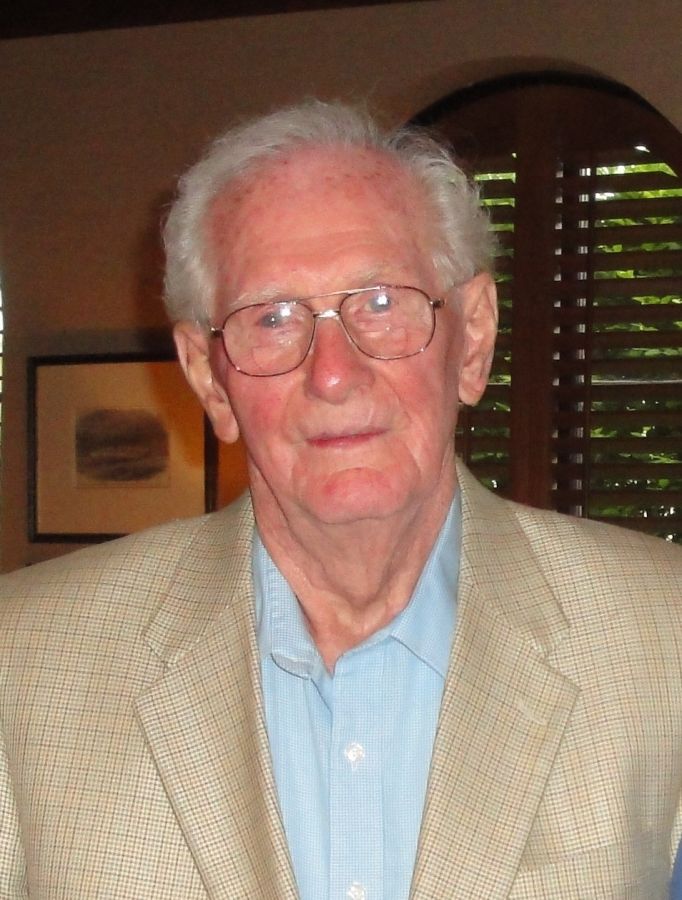 Born June 5, 1920, in Duluth, Minnesota, to Oscar Peter Engstrom and Ebba Svensen Engstrom. Arthur developed his work ethic as a young boy delivering newspapers in Duluth in addition to working for the Civilian Conservation Corps (CCC). Arthur attended the University of Southern California, studying Mechanical Engineering. He fondly remembered his summers as an undergraduate working as a lineman at the newly constructed Hoover Dam.

During World War II, Arthur was selected by the Henry Ford Naval Training School in Dearborn, Michigan to be an Instructor of Diesel Engine Operation, Maintenance and Repair. After the war, he built his career around his love of diesel engines, working in several lead engineering positions at companies including Ready-Power (Generators), Packard Marine Division (Mine Sweepers) and Continental Motors (Marine & Tank Engines). Arthur and his family moved to New Jersey where he was Chief Engineer at Purolator Filters. Later he and his family happily returned to Grosse Pointe Park, Michigan when Arthur became a Chief Engineer, Teledyne-Continental Motors. Professionally he was active in the Engineering Society of Detroit and the Society of Automotive Engineers.

Arthur and his wife, Marilyn, met at the Detroit Boat Club while she was teaching children how to swim. As active members they enjoyed dancing, dining, swimming and raising their three daughters; Lynn, Margie and Wendy. He served on the board of directors for the club and they were swim team chairs. Arthur and Marilyn later became members at Lochmoor Club enjoying many social activities and dining. In 1996 Arthur joined the Grosse Pointe Senior Men's Club and the Woodworkers group. He greatly enjoyed the friendship and camaraderie of the Woodworkers until his passing.

Arthur and Marilyn Smith married February 22, 1947. They enjoyed 64 years of marriage prior to Marilyn's passing. He is survived by their three daughters: Lynn Engstrom-Heller, her sons Marc Heller and Derek (Michele) Heller, along with their daughter Valentina Harley Heller; Marjorie Engstrom, her husband Emilio DiPietro, their son Michael Arthur DiPietro and daughter Emily and husband Blake Williamson and their 3 children; Wendy Engstrom Gutermuth, her husband Terry Gutermuth, their sons Erik (Lisa) Gutermuth and Brian Gutermuth.

Arthur was a devoted husband, father, grandfather, great grandfather, uncle, brother, and dear friend to so many. He loved sharing his many life stories and telling jokes. He enjoyed gardening, tinkering with his cars and home projects.

He is joyously reunited in Heaven with his wife Marilyn, his parents, brother Rinehart Engstrom and two sisters Bernice Branting and Violet Thibault and good friends that have gone before him.

Donations in his memory may be made to the Saint James Lutheran Church, 170 McMillan, Grosse Pointe Farms, MI 48236 or at stjamesgp.org

"So many good memories of visiting Uncle Art & Aunt Marilyn. My mother Violet (Art's sister) always kept in touch with him to keep him up to date what was happening with her family. When she passed I kept in touch with Uncle Art and enjoyed our visits. I'll miss our telephone conversation and the updates of both of our families. I already miss you, but know your in a better place now. Thoughts & prayers. Your niece Diane Ritchie "

"Dad, you and mom have always been our guiding light in life. We are lucky that we were to have you for as long as we did. I thank you for all of your advice and will always remember your stories of us growing up as a family. I am proud that you shared our joy of having our children and grandchildren join in our lives. One of my best memories is of you and I at the beach enjoying the sun setting. We watched the waves come in and out as the sun set and know that tomorrow would also be another beautiful day. We love you and mom. You are truly missed and will always be within our hearts. Kisses and love, Margie and family"

"Art was the kindest man and a wonderful uncle. He made everyone feel welcome and was truly interested in your activities, family and career. My favorite memories are of driving in his corvair with the top down in the summer and seeing his garden behind his Grosse Pointe home. I will miss my Uncle Art. He was a remarkable man. "