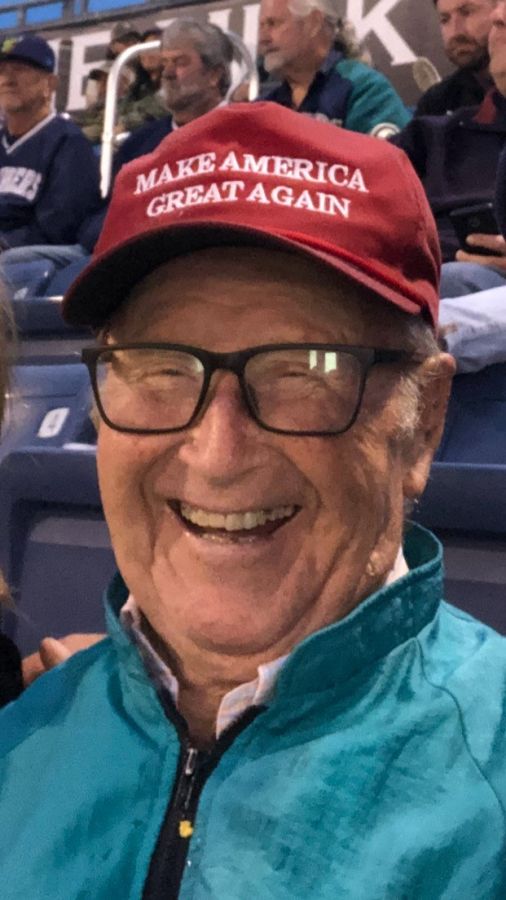 Charles "we were too poor for a middle name" Atterson found his peace and passed into the loving arms of the Creator and his beloved bride of 72 years, Betty June on Monday, June 27, 2022, aged 95.

Born on October 12, 1926 ("the real Columbus Day") to John Henry and Mabel (Adkins) Atterson in Monterey, Tennessee, Charles was the oldest of three children including his sister Frances and brother George, all of whom preceded him in death.

Charles' father migrated from the coal mines of Tennessee to the industrialized north and at the tender age of four years old, Mabel packed up "Charlie" and his baby sister leaving behind their homeland hills on foot and hitched their way to the state of Indiana to join his father. Charles always considered the Hoosier state his home, though he lived the better part of his life in Washington state.

Charles held any number of jobs in his youth, from the local tomato cannery to the Chrysler factory where his father had worked before him. It was in New Castle that he met and according to Charles, "chased after for years" his future wife. After a stint with the Merchant Marines in his late teens, he served his country in the USAF for two years before he married Betty.
Shortly after visiting his mother out west the pair moved to Washington.

His working years as a young adult ran the gamut, from running a Mobil Gas station, owning and operating Chuck's Ice Cream on Rucker Avenue and as an employee at Scott Paper Company. In 1965, having sold pretty much everything he owned, his unilateral decision to return to Indiana was definitively kiboshed by his bride and he instead founded the Overhead Door Company of Everett, a business he loved and from which he never officially "retired".

Charles was an active individual and served as president on multiple boards of directors including the Whirlybird's Square Dance Club and Unity Center in Everett both of which he was a member for decades, as well as the Losvar condominium association in Mukilteo where he and Betty resided these past 25 years. His leadership was typically spurred by the nature of his unyielding opinions and resolute belief system. He was a staunch political conservative as witnessed by the MAGA hat he proudly sported daily in his later years.

Charles is survived by his sons, Gary and Stephen (Heidi), his grandchildren Stephen (Robyn), Christine (Jeremy) Didrickson, great grandchildren Jace, Cade and Atlas, his niece and nephew Denise Anderson and Mathew (Joan), as well as countless friends, acquaintances and business associates and frankly even strangers, the lives of whom he touched in myriad ways over his long and rich journey through this life.

With the understanding that many have summertime plans already in place, a service in Charles (Chuck, Charlie's) memory is planned for Saturday, September 17, 2022 at Unity Center for Positive Living, 3231 Colby Avenue, Everett, WA 98201 at 2:00pm. All are welcome.

In lieu of flowers, friends and family may choose instead to make a donation in Charles' memory to Providence Hospice and Home Care Foundation Snohomish County-Everett, 2731 Wetmore Avenue, Everett, WA 98201 or online at washington.providence.org.