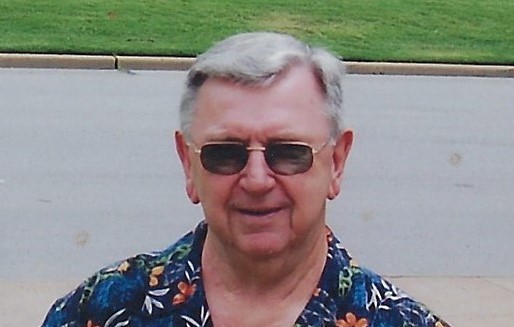 Jerry L Williams Sr., age 83, passed away on Monday July 4, 2022. As he deeply loved the USA and new what it meant to be a true American, it is only fitting he passed away on the Fourth of July. He was born on July 30, 1938, in Sandpoint Idaho and early on his family moved to Washington. Jerry lived the majority of his life in Puyallup. He attended Puyallup High School and participated in football, basketball, baseball, and track, lettering in most of these. Soon after high school, he became a truck driver for a local construction company. Jerry being the brave and adventurous sort, while at work one day, he witnessed a bank robbery in progress. He proceeded to jump out of his truck and ran to tackle one of the three bank robbers. He held the bank robber down on the ground until the police came. We later learned that the bank robber had a gun. Jerry was recognized by both the Bank and the City of Puyallup for his bravery. Jerry had a great sense of humor, enjoyed camping trips with relatives to Deschutes River, riding us kids on the Honda 90 (sometimes way too fast!), and his favorite song was "I Did it My Way". One of his greatest loves was sports. He loved watching the Mariners, Seahawks, basketball, horse racing, and golf. Whether discussing football, basketball, or baseball, he was very knowledgeable regarding the strategy and intricacies of the games. After discussing a game, we would always leave having learned a little more. Jerry coached little league and men's softball for many years. His many coaching accomplishments included a softball State Title, while coaching both baseball and football he had several little league Titles, and a NBA Pro-Am Championship season. It seemed like everything he would touch in coaching turned into a Title or Championship! A true winner! Besides his deep love for sports, another favorite was attending family gatherings. Jerry was preceded in death by his parents Virgil and Lila Williams and his sister Marilyn Bradley (Melvin). He is survived by his siblings Gloria (Boushey) Weible and Don Williams (Pam), his four children Cristi Williams (Inger Bakken), Kim Bekken (Dave), Stephanie Williams, and Jerry Williams Jr (Laura); and grandchildren Matt (Alicia), Janelle, Jordan (Shelby), Lacey (Chris) and great grandchildren Jailyn, Roman, Andrea, and Kayden. He loved being at our get togethers! The past year was tough as Jerry had medical issues. His four children teamed together to give him help and support. At the end though, he was very sick and his last few days he was not able to communicate much. One of his last sentences he was able to say was that "He had four beautiful children". We will hold that in our hearts.
A Memorial to celebrate Jerry's life will be held Sunday, August 28th at 11:00 at the Sunrise Community Center, address 15807 134th Ave. E., Puyallup. Lunch and desserts will be served.
In lieu of flowers, please, consider donating to the Puyallup YMCA https://ymcapkc.info/jerry-williams to help support the youth and activities in the Puyallup Community.