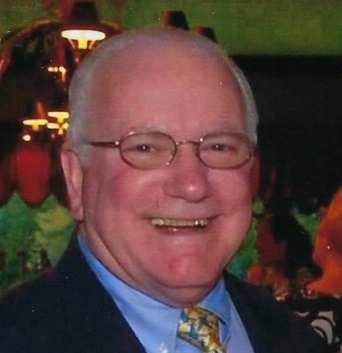 Bill grew up in Flushing, N.Y., and attended St. Kevin Catholic School until 1960. He then went to Cathedral Seminary in Brooklyn from 1960-67, to become a priest. Next, he attended Christ the King Seminary in Olsen, N.Y., then St. Bonaventure University, from which he earned a bachelor's degree in theology in 1971. He went on to become a deacon at St. Kevin parish.

Soon after, he enlisted in the U.S. Army and reached the rank of second lieutenant. He was honorably discharged in 1978, and went on to start his own business, Bill Frost and Associates Inc., an industrial textile company.

In lieu of flowers, memorial contributions may be made to the National Kidney Foundation of Michigan or The Grosse Pointe Academy.

"On behalf of Zscaler and the entire team that works with Liz, we share our condolences with the entire family and community of Mr. Frost. May stories, cherished moments and loving memories bring comfort. "

"A true gentleman! One I have always admired as a husband, father & friend. My sincerest condolences to Erica, Liz, Susan and their families. "

"Best brother a person could have with whom to grow up. Many cherished memories. Outstanding husband and magnificent father "