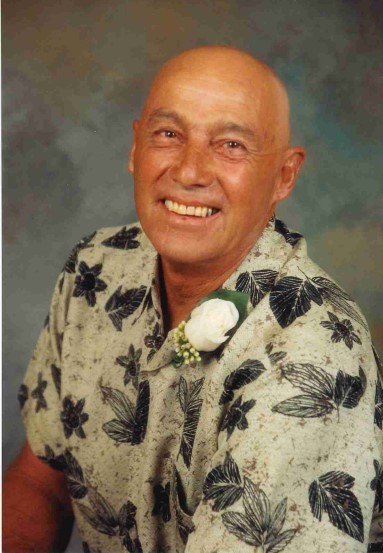 Born the eighth of nine children at home on April 29th, 1945, to Vera and Anthone Diedrich of Monticello, Minnesota.
Kenny grew up in Monticello, graduating in June of 1963. He lettered in basketball. A "bad habit" kept this stellar football player off the football team.
Kenny enlisted in the United States Air Force and served for four years during Vietnam Era, from April 1964 to April 1968 primarily at Vandenburg Air Force Base in California. Kenny served as a Tele-Switch Equipment Specialist in Communications Equipment for Ballistic Missile silos. At this time, this power projection platform was the USA's first line of defense.
From Kenny's first marriage he had Chan (Jamie) of Coon Rapids, MN, Corey (Christie) of Zimmerman, MN and Dana (John) of Big Lake, MN.
Kenny divorced and on May 13th, 2004, married "The Love of His Life" Linda Bjerke. This blessed union included Linda's children Thomas (Lori) Holst, Tiffanie (Kevin) Holst and Tricia (Jamie) Williams.
Kenny worked construction pre-cast concrete for Hansen Concrete and successive entities for 36 years and was a member of the Bricklayers and Allied Craftworkers Union culminating in his retirement from the trade in 2006.
Kenny called Rochester home since New Years Eve of 1998. While in Rochester he formed many new and important friendships. He took up golf, loved going to "Murder Mysteries" and cruising and going to car shows in "The 64", his beloved 1964 Chevy Impala. He was the second owner and relished in driving the "three on the tree". He was always ready and up to the challenge of playing cribbage with his sons.
Hosting Labor Day brunches with family and friends were a highlight of his time. His love of shaking dice in the garage always spiced things up.
His "Better Homes and Gardens" landscaped yard was like him, amazing and beautiful. His eight flowerbeds, water fall pond with numerous water plants, rock garden and fairy garden were works of art that he took immense pride in. His luxurious carpet of lawn could have been an award winner.
Kenny courageously and stoically fought the "Battle" against Non-Small Cell Lung Cancer since October of 2020. Through chemo and proton beam therapy, Kenny exuded confidence and strength, never complaining about the difficulties of the fight, always upbeat and hopeful.
Felling all was taken care of, Kenny passed away in the early evening of Wednesday, July 27th, 2022, with his wife Linda, and hospice nurse Chantel by his side.
Kenny bequeathed his body to Mayo Anatomical Services.
Burial with Military Honors will be in Spring of 2023 at Minnesota State Veterans Cemetery - Preston.
Waiting Kenny are his parents, brother George, sisters Grace, Lorraine, Ruby, Margaret, and Linda and mother-in-law, Joyce Bjerke.
Kenny is survived by Linda (wife), his children and stepchildren, grandchildren Jordan and C.J. Diedrich, Trey and Cole (Cheyenne) Bieber, grand triplets Conner, Logan and Madison Rosenthal, great granddaughter Brynn Bieber, sisters Barb Jean and Pat Buckendahl and many nieces and nephews.
Kenny would like memorials sent to "his boys" (Alex & Kaleb), the Shriners or Mayo Non-Small Cell Lung Cancer Research Program.
Per Kenny's wishes, there will be a celebration of life at Ranfranz & Vine Remembrance and Reception Centre, 5482 Royal Place NW, Rochester, MN 55901 on August 13th, 2022 from 2:00 - 5:00 pm.
Ranfranz and Vine Funeral Home is honored to be serving the Diedrich family; to share a special memory or condolence please visit www.ranfranzandvinefh.com