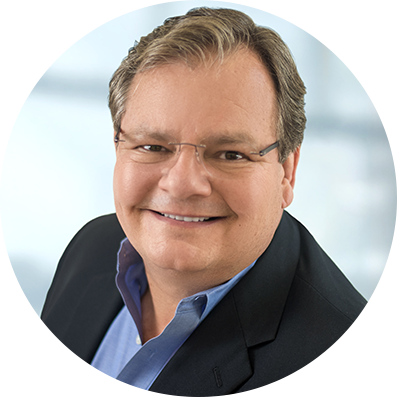 Murray "Mac" Harrington McIntosh passed away on July 31 at the age of 65 after a four-year long battle with cancer. Mac is survived by his sister, Laurel McIntosh and three daughters, Shelby, Laura, and Caroline.
Mac was born on September 8, 1956, at Loyola Hospital in Evanston, IL to Brian and Janet McIntosh. Mac's childhood was spent in Quebec, Canada, Green Bay, Wisconsin, and Johannesburg, South Africa. He then traveled to California where he established his career and met many life-long friends, including his future wife, Andrea Daily. For many years, Mac worked as a successful marketing consultant, contributing to the success of many companies including his own, Mac McIntosh Inc. Mac married Andrea in 1997, before having their first daughter, Shelby, in Redondo Beach, California. In 2000, the McIntosh family settled in North Kingstown, RI, where Laura and Caroline were born and raised. After losing Andrea in 2015, Mac continued to raise his three girls as a single working father. Mac had a big heart and was known for his warm smile, great sense of humor, and his willingness to help anyone in need. He will be remembered especially for his love for his daughters.
Mac was a dedicated father, brother, uncle, son, community member and friend, and will be greatly missed by all.
Visitation is scheduled from 4pm - 7pm on Friday, August 5th at Connors Funeral Home, 55 West Main Road, Portsmouth. A public memorial service for Mac will be held on Saturday, August 6th at 2:00 pm at St Matthews Church, 87 Narragansett Ave, Jamestown. In lieu of flowers, please send donations to Friends of Dana-Farber Cancer Institute and Al-Anon Family Group of Jamestown.

"I had the immense pleasure of working with Mac for years. He was such a kind person. A true pleasure to spend time with especially when you'd have to grind out long days at a trade show or conference. Always passionate and enthusiastic and a true expert at his craft. He taught me so much about B2B sales that I appreciate every day. I'll miss the sound of his voice and the discussions. I'm very sad for Shelby, Laura and Caroline to be robbed of more time with their dad. He loved them so much. I always enjoyed our discussions that centered around them. He was the happiest talking about his daughters. "

"Mac had a smile that could part the clouds and let the sun shine through, and his laugh could ripple through a crowd so that everyone would want to know the joke. He was, for more than 30 years, a confidante, colleague, friend, and business partner whose optimism was as reliable as gravity... without the downward pull. He and I were both fathers of daughters - only daughters - and we understood the challenges of preparing them for a world that still erects too many obstacles for women. Yet Shelby and Laura and Caroline, I know, gave Mac every reason to believe they will succeed and, with luck, do so with the same elan that he had. I send them all my love and every wish that their father lives on in their hearts."

"Mac was big supporter of the B2B marketing community when he was with IHS in Southern California and good friend to so many of us. Always a positive contributor. He made a difference in so many lives. My sincere condolences to Mac's family. "

"I met Mac when we were both in our 30's. He had a winning personality and was an outstanding speaker. We worked together for many years and were both involved in the BMA (Business Marketing Association) together. While we lost touch over the last several years, he has always been in my heart. I am so saddened to hear of his battle with cancer. My condolences to his family and friends. He was loved."

"Mac and I first met in 1987 at a California marketing conference and we became fast friends. As we opened and ran our own businesses over many years, we collaborated, counseled, and laughed together. I?m grateful for his good will and good spirit, and for what turned out to be our final phone conversation a few days before he passed. He was a genuinely nice guy. May he rest in peace. Michael A. Brown, Austin, TX "

"Mac was a dear friend. Our families interacted for decades sharing the growing up of the McIntosh girls and my children. My earliest memory of Mac is of a glowing father watching a daughter at dance class. Mac and I became fast friends- we shared wine nights. Given his past he was a fan of hearty California reds, but I remember him pleased by a South African vintage. A wonderful side benefit of those times together was becoming acquainted with his three daughters- Mac's legacy to the world. Smart, beautiful and generous spirited like their Dad, he fathered them well. Mac's positive spirit warmed every room he entered. "

"The whole Andrews family is saddened to hear of Mac?s passing. He was truly a devoted father and a fantastic person. He will be greatly missed."

"Thoughts and prayers to the family and daughters! Cheryl De Cotis "

"Wishing the McIntosh family comfort now and in the days ahead. Mac was truly unforgettable, an expert in his field, invested in his business, devoted to his family. He will be missed by so many."

"My condolences to Murray?s family on this huge loss. I remember Murray from high school as my good friend Laurie?s cute little brother. What an impish smile he had! I remember disco dancing with him at Laurie?s wedding. He was a wonderful dancer and made me look good! I remember a business trip to California where he took time to drive me around and show me the sites. He was so warm and gracious; always smiling and always bringing a smile to those around him. Rest easy, Muzz! You will be missed!"