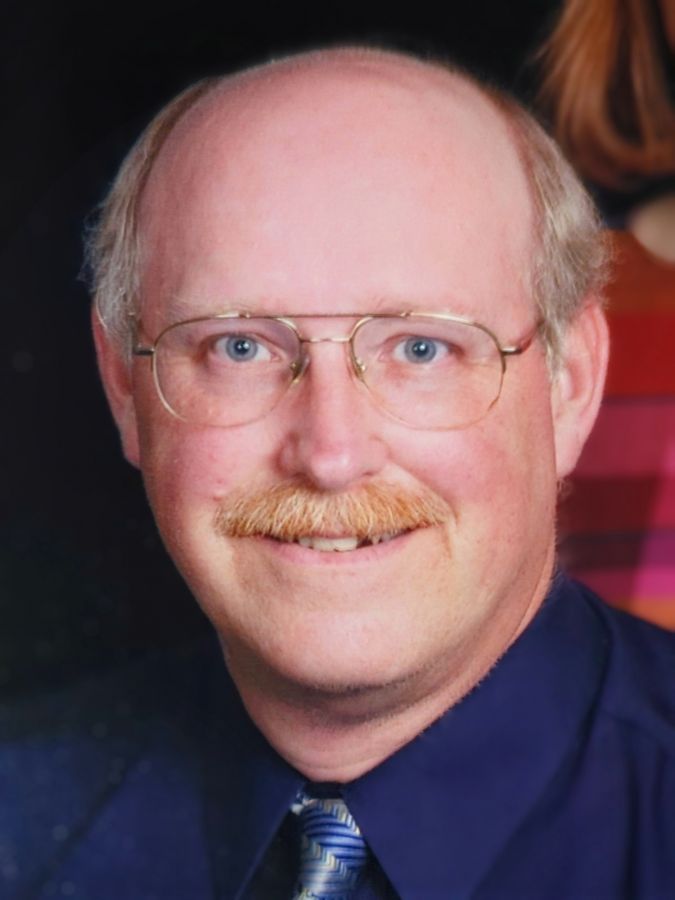 James Stone Gasahl, age 61, died unexpectedly Friday evening, July 29, 2022. He was born on January 27, 1961, the forth child of George Henry Gasahl and Eleanor (Stone) Gasahl of Twin Lake, MI. His family owned and operated Graichen's Department Store in Fremont, and Jim worked there from the age of 14 until the store closed. He graduated from Reeths-Puffer High School where he played on the football team and was voted the most improved player his senior year. Jim then went to Northwood Institute where he received a BS in Business Management and Accounting. In his mid years, he managed four Famous Footwear stores in West Michigan, and the shoe department at JCPenneys, Muskegon. Jim finished his working career as a dental lab technician at Gibbs Lab. Jim loved the theatre and served on the board of Newaygo County's Stage Door Players in Fremont for twelve years. While there, Jim acted, sang, directed, promoted, and produced. He wrote the Stage Door Players Notebook for future members to follow. It was during one of these productions that he met Brenda Filonow. They were married on December 30, 1998. Upon moving to Muskegon, he continued to perform with Muskegon Civic Theatre and Central Park Players in Grand Haven. Memorable roles include a singing train conductor, a pirate, and an apostle in Jesus Christ Superstar. He had a wonderful tenor voice. He joined in his wife's interest in science fiction as she read science fiction and his favorite horror books on trips to conventions together. Along with friend Kim Vanderlaan, they served as managers of the Media West Convention's dealers room in Lansing for the last five years until it closed in 2020. Jim also got to attend the World Cons in San Francisco and Chicago. He loved fishing. There were several great trips to Canada with his Dad and brother, George, plus fun times at the Big "L" Ranch in Newaygo County with its members. Jim, also, loved sock monkeys.
SURVIVORS
Jim is survived by his wife, Brenda; Aunt Barb Wenk; sisters Margie (Rich) Goosen and Mary Bown; brother George (Laurie) Gasahl; nieces Alison Roberts, Alicia (Kevin) Kreps, Tracy (Jason) Lucas; nephews Tucker (Lauren) Bown, Evan Bown, George Henry (Amy) Gasahl; great nieces and nephews: Emma Reece, Noah, Dylan James, and Evelyn; good friends Suzanne & Scott Rosema and Mike Samborn. Jim was preceeded in death by his parents, brother-in-law Vance Bown, and nephew Ben Dorr.

SERVICE
Saturday, August 13, 1pm at First Congregational Church with Rev. Timothy VanderHaar officiating. Interment in Lakeside Cemetery. Memorial: Jim wanted everyone to sign up for the Gift of Life Donation program and be sure to have the heart on your ID to signify that. Please visit www.clockfuneralhome.com to leave a memory or sign the online guestbook.

"Jimmers I will miss your big hugs! Auntie Barber"