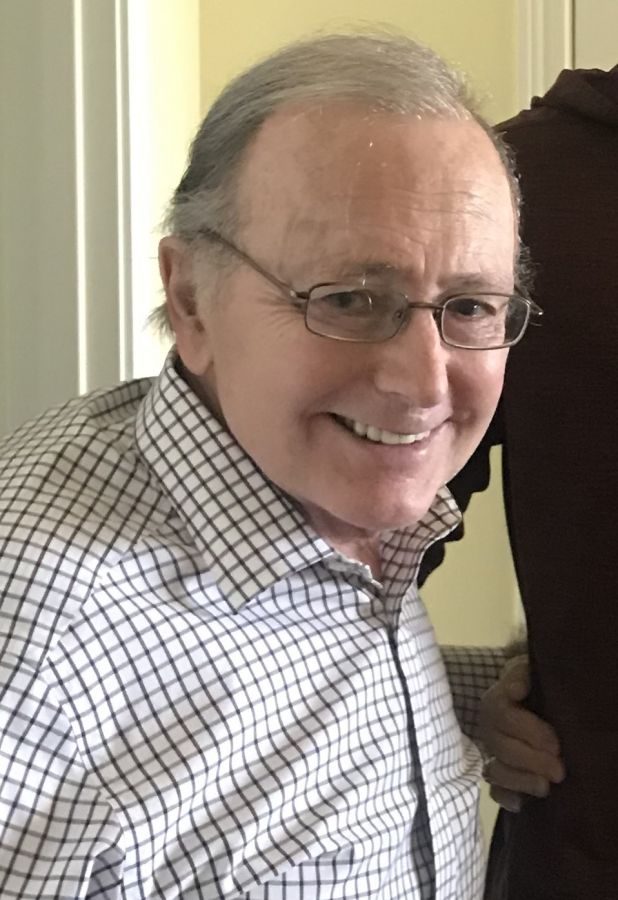 Jerome Kosoy, M.D., beloved husband, father, uncle, Pop, brother, cousin, and friend passed away peacefully on Monday, August 1, 2022, surrounded by his family. Jerry was born on December 15, 1938, in Philadelphia, PA to Sarita and Julius Kosoy who came to this country from Argentina. Jerry spoke Yiddish and Spanish before learning English.

Jerry grew up in Logan, a close-knit Jewish community in Philadelphia. Everyone knew Jerry's father's store, Kosoy Draperies, on Broad Street where Jerry worked for many hours.

He met his wife, Margie, when her then-boyfriend took her to a party at Jerry's house. Margie and Jerry locked eyes and both described it as "love at first sight". They married in 1963.

He began his Ear, Nose and Throat (ENT) residency at Jefferson Medical College in Philadelphia and completed his studies at The University of Texas Medical Branch in Galveston. Jerry then served in the Air Force for two years in Montgomery, Alabama. Afterwards, he accepted an invitation to return to Texas to begin his ENT practice sharing space with Dr. Herbert Harris, then Chief of ENT at Baylor College of Medicine.

Soon after starting his practice, Jerry began volunteering his services at the Fourth Ward Clinic, which accepts all individuals regardless of their ability to pay, and at the Lawndale Clinic, which serves indigent Spanish-speaking patients.

In addition to his passion for helping others through medicine, Jerry was equally committed to Jewish education, practice, and lifelong learning. Jerry began his Jewish education in Yiddish at the Workman's Circle. He wanted more for his children whom he sent to Jewish elementary day school. When there wasn't a Jewish middle or high school for them to attend, he led the effort to create one and served as its first president. Now known as The Emery Weiner School, it has been a gift to many hundreds of Jewish children.

After gifting so many others with Jewish education, Jerry went back to school himself and graduated from The Melton School of Adult Jewish Learning. Jerry also wanted a spiritual home for his family, so he and Margie joined a handful of friends to start the Museum Minyan, a lay-led traditional, egalitarian Shabbat minyan at Beth Yeshurun. The Museum Minyan, where Jerry recently celebrated his second Bar Mitzvah, has blessed them with community for 24 years.

One more reason Jerry was known and loved was for his telling and retelling irreverent jokes.

Jerry was preceded in death by his parents, Sarita and Julius Kosoy, brothers, Samuel and Joseph Kosoy, brother-in-law, Bart Axelrod, and his son, Joshua David Kosoy. He is survived by his wife, Margie Axelrod Kosoy, daughters, Shira Kosoy Moses, Rachel Kosoy and son-in-law David Schwartz, and grandchildren Avi Moses, Talia and Jacob Schwartz; niece Michele Kosoy Goldberg and her children Dror, David, Danny and wife Sara and their children, Eden, Joseph, Gil and Abigail; niece Jodi Kosoy Schaff and husband, Randy, and their daughter Melissa; sister-in-law Charna Axelrod; nephew David Axelrod and wife Keira Chism and their children, Benji, Gabe, and Max; niece Rebecca Axelrod Cooper and husband Mitchell and their children, Hannah and Ari; and the many Axelrod cousins and loyal friends who love him dearly. To say that he will be missed is a tremendous understatement.

The funeral service will be held on Thursday, August 4, 2022 at 11:00 AM in the Sophia and Jack Bender Memorial Chapel at Beth Yeshurun Post Oak, 7445 Awty School Lane Houston, TX 77055, followed by a graveside service. Those wishing to view the funeral service remotely via Live Stream please use the following link: https://venue.streamspot.com/f8d04b5b

Memorial contributions can be made in Jerry's memory to the Museum Minyan at Beth Yeshurun, HIAS or a charity of your choice.