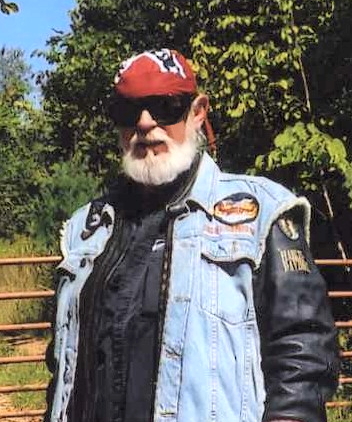 He graduated from Sheboygan High School in 1964.

Roger worked as a truck driver for Roundy's for 35 years. He was a union steward.

During his working years, Roger vacationed in White Lake and later moved there after retiring.

Roger was a member of Langlade County ATV Club and ABATE. He was an avid motorcyclist and also enjoyed shooting pool.

Roger was a wonderful father and grandfather. He will be missed dearly by many. Loved by all around him.

Survivors include two sons, Harley Tarpley of West Allis, and Tony (Tina) Mayek of Milwaukee; five grandchildren, Jayden, Jayce, and Phoenyx Tarpley and Brent and Britt Mayek; and many great-grandchildren; A close friend, Debbie Benton of White Lake; Harley's mother, Jeanne Evans of White Lake; and many friends and other relatives.

He was preceded in death by his parents and his sisters, Betty Tarpley and Connie Tarpley.

A celebration of life will be held on Saturday, August 27, at Our Happy Place in White Lake beginning at noon.

"Rest in Peace Roger... You were always very kind with a dry kind of humor! You will be missed."

"Roger was a good guy he may looked tough but he was a teddy bear. I met him thru his friend's years ago Frank and Diane the owners of the Vonder Inn. We played darts and he like to talk to everyone he will greatly missed by friends and family, when he found out he was having a baby he was so excited. He loves his Harley and the grandbabies he always talked about them, his puppy will miss him, he was spoiled out for rides on the Atv, ran the house as Roger would always say. Well God is getting a great guy!!! He will be missed. God Bless and my condolences to the family. Cindy"