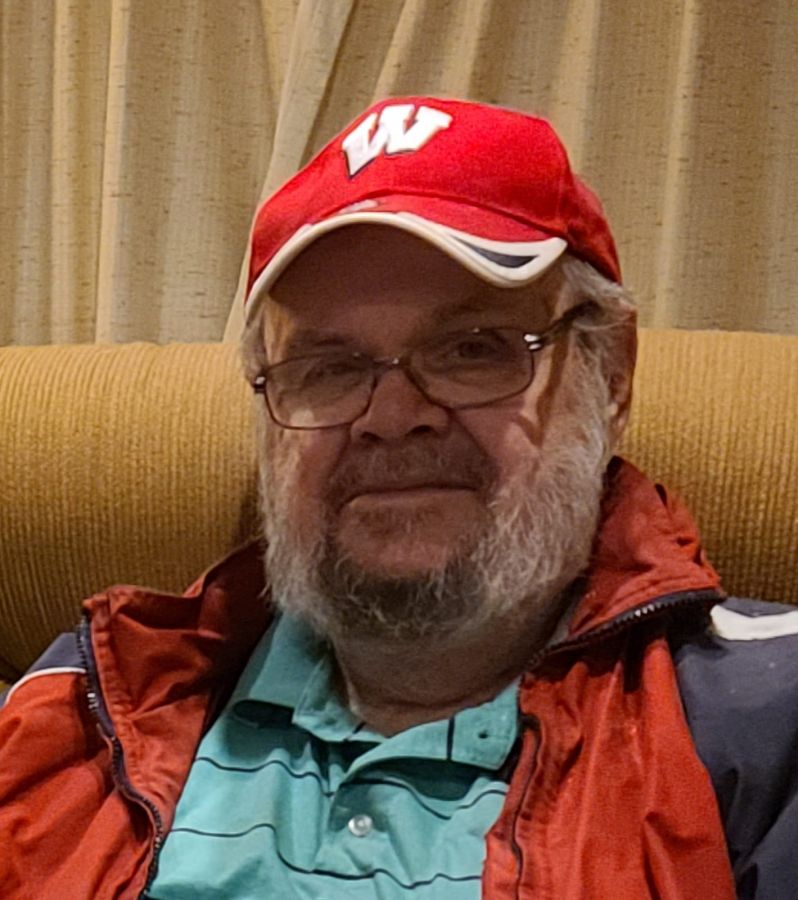 Wayne Barg, at 79 years, passed away September 2, 2022 surrounded by his family both in person and
in spirit. He began his life in Lombard, IL. Along his life's journey, he also lived in Wausau, Madison,
and Milwaukee, WI; the Kalamazoo, MI area; and briefly in Rockford, IL. Wayne enjoyed a quiet life:
watching TV and reading magazines and newspapers, which gave way for online news. He enjoyed
following the latest news, documentaries, movies, nature programs, and television sitcoms. In recent
years he even watched cooking shows which enabled him to provide "information" (aka feedback) to
those who prepared and shared food with him. Wayne followed the Packers and Badgers during his
years in Wisconsin, but in past years cheered the Detroit Lions, Chicago Bears and the White Sox.
Wayne's interest in world/national affairs likely was the impetus for his obtaining a bachelor's degree in
history. After serving in the army in Okinawa, Wayne began a public service career that spanned three
agencies: US Department of Justice - Bureau of Alcohol, Tobacco, and Firearms and Explosives; US
Department of Labor - Wage and Hour Division; and Defense Logistics Agency - Defense Reutilization
and Marketing Service.
Wayne seemingly took pleasure in collecting jackets, computers, and hats (mostly from wherever his
family traveled). He regularly indulged himself with fast food burgers and at times treated himself
with Fanny May vanilla creams coated in dark chocolate or sipped malts.
Wayne was easygoing and a kind person. He loved his family dearly and was protective of them. He
was known as the ride giver and errand runner in the family. Wayne relished playing board games and
spent hours on end competing at Risk, Rail Baron, and Empire Builder in mid life and more recently at
Trekking the National Parks. He also enjoyed playing cards, including cribbage and 5 card stud and
liked gambling at the slots and Texas hold'em at local casinos. Wayne always hoped for a big payoff
from the state lottery. Although this never came through, he did inherit a piece of his father's
extraordinary sense of humor.
Wayne was preceded in death by his parents William F. and Theodora, brother William H. and sister-inlaw
Adele, sister-in-law Diana, grandfather Henry, uncle Henry, aunts Ella Barnett and Erna Goodwin,
and one great nephew.
Wayne is survived by his former wife and continuous companion/best friend Deborah Schmitz and
three children: Sandra and Kathy Barg and Ben Schmitz. He is further survived by his brother Donald
and numerous nieces and nephews, great nephews and nieces, and great great nieces and nephews.
Wayne would likely want to tell us, "This was the best life I had all life!!!"
Preferred memorials are to the Democratic Party and PBS.