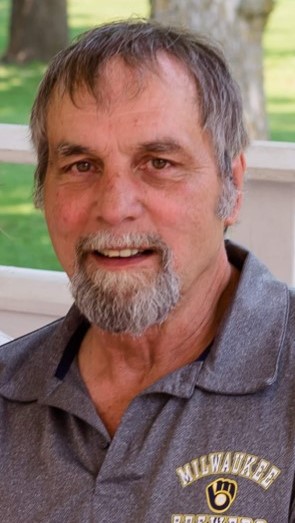 Eugene "Yogi" Chrudimsky, age 64, of Antigo, passed peacefully on Wednesday, September 7, 2022, at home surrounded by his family after a battle with cancer. Yogi was born on May 18, 1958, to George and Geraldine Chrudimsky. After spending his youth in Antigo, he served in the United States Marines as an MC Machine Gunner from 1977-1980. In 1982 he married Karen (Breitenfeldt) Chrudimsky, and they went on to raise four boys; Adam, Travis, Josh, and Jesse. He worked as a Building Supervisor for Kretz's Lumber from 1981 until he retired in 2020.

He was a member of the Timberwolves Detachment of the Marine Corps League # 354.

Yogi will be remembered not just for being one of the funniest humans on the planet, but, for having helped anyone and everyone. He could fix anything, was a very talented woodworker and craftsman, and was up for any project someone could throw at him. He loved his wife, and sons and was a proud grandfather. He also loved his dog Duke, riding his Harley, going to Sturgis and Little Sturgis with his biking buddies, old Western movies, the Brewers, and watching his Packers while having a Brandy/Diet Pepsi in the hot tub.

He was preceded in death by his parents; two brothers, John and Michael; his father-in-law, Lloyd Breitenfeldt; and sister-in-law, Lori Breitenfeldt.

He will be rejoined with many family members and friends that have preceded him and will leave a void that will be impossible to fill until we see him again. There will only ever be one Yogi Chrudimsky. YEP YEP! Semper Fi!

A funeral service will be held on Tuesday, September 13, 2022, at 11 a.m. at the Bradley Funeral Home with Rev. Charles Hoffmann officiating. Burial with military honors will follow at Aniwa Cemetery.

A celebration of life will be held at Melody Mill on Tuesday, September 13 in the afternoon/evening.

Memorials may be directed to the MCL Timberwolves Detachment #354, 233 Park Street, Antigo, Wisconsin 54409.

"From one ?boss? to the BIG Boss. Thx for being you"

"Such a great man I'm so sorry for you loss. Rest in Peace Yogi you will be missed.. Yep Yep "

"Such a great brother-in-law he was. Just an all around wonderful guy who?ll be missed by all. RIP Yogi! We?ll miss you!"

"We?re so sorry for your loss. Our thoughts and prayers are with you at this difficult time. Jim and Mary O?Neill "

"My Grandfather & Dad worked with Yogi for many years at Kretz Lumber and he helped with various carpentry projects at our home. I will always remember his great sense of humor, raspy voice, and his gentle side. I am thankful for the stories he shared with me about my grandparents, "Having one drink with Bill & Marge lasted for hours and tasted like three!" Sending Karen and his family hugs of comfort and wishes for peace. Tara (Toth) Warwick"