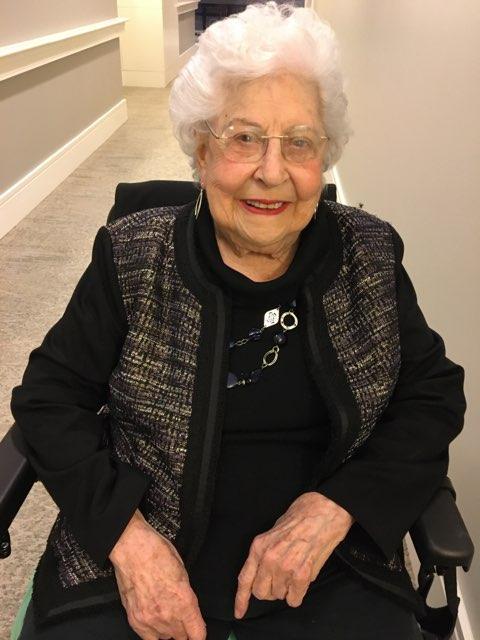 When she was 11, the family moved to San Antonio, where her family-owned Forbes Bakery, the only Jewish bakery in the city.

Sara met the love of her life, the dashing Bernard Shipper from the Bronx, New York, on a blind date in San Antonio while he was serving in the army during World War II. After a three-year courtship, they married Aug. 5, 1945, and lived a wonderful life together. Following the war, they made their home in Corpus Christi. Her children were born and lived in Corpus Christi (1 kid), Galveston (3 kids) and Knoxville, Tennessee (2 kids). It was in Corpus that Bernie began his career with Zales, and the family lived in several cities during Bernie's 30-plus-year career with the company. Bernie passed away in 1980 and Sara lived the next 42 years as a widow. She continued to live life with zest meeting every simcha and challenge with a "can do" attitude. Her house burned down in 1995 due to some vandalism in the neighborhood, but again, she shook it off and moved on to the next new chapter in her life -- first at the Bonadventure and later became one of the inaugural founding residents of the Legacy at Willowbend. She also lived in Oklahoma City for several years and then returned back for good in Dallas. She lived the majority of her life and died in Dallas, Texas.

Sara loved Jewish activities. She was sweetheart of the San Antonio AZA chapter twice, a life member of Hadassah, president of B'nai B'rith Women in Galveston and active in Shearith Israel Sisterhood. During the war she contributed by working for a general because she was an avid typist and expert at shorthand. Unbeknownst to her at the time she was actually involved in transcribing top secret information regarding the Manhatten Project. Sara developed a lifelong love of reading by virtue of growing up near a library. She would read 2-3 books per week up until her 100th year. She also loved playing mah jongg, bridge, managing her investments and attending plays and musicals. Sara's family was her treasure and the light of her life. One of her legacies to her daughters was that she taught them all to play mah jongg and they would come to play with her weekly at the Legacy until Covid shut that all down.

In addition to her husband and parents, she was predeceased by her brother Daniel Forbes and brother-in-law Martin Litwin.

Sara was deeply loved and respected by all of her family and friends. Her strength of character, grace, devotion to the family and positive attitude were paramount. Her six children will continue to build upon the loving legacy she left behind.

Donations in her memory can be made to The Jewish Family Service of Greater Dallas - Martin L. Litwin and Ruth Ann Litwin Fund for General Operations
https://jfsdallasfoundation.org/foundation-funds