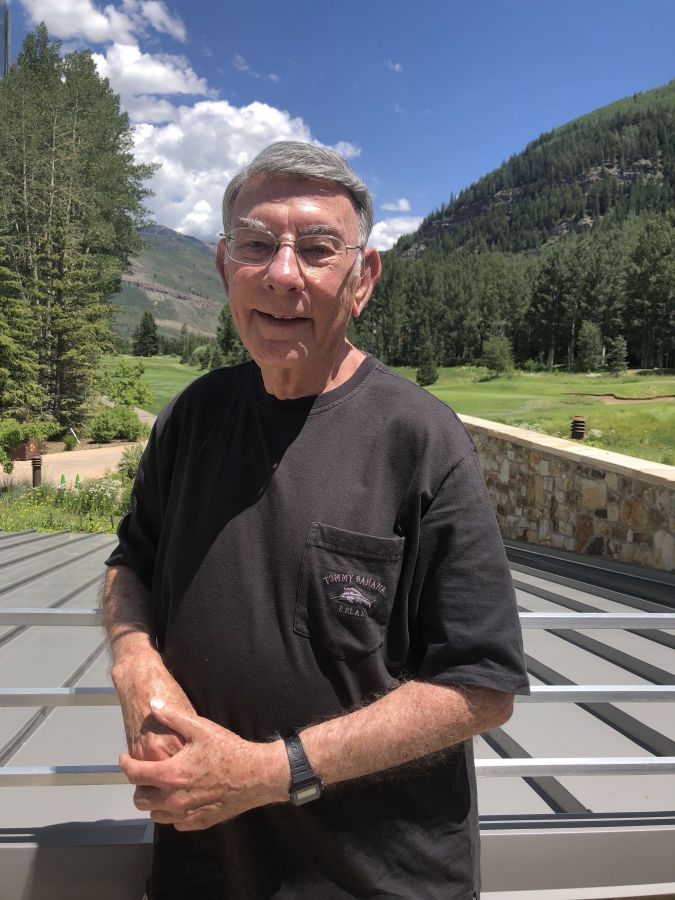 Larry was born in Galveston, Texas, on October 2, 1935, and was the oldest of three boys. After graduating from Ball High School, Larry earned a BBA at the University of Texas at Austin and an MBA at the University of Houston. It was during his undergraduate years that he met his future wife, Carol. They wed in 1957 and built a life in Houston, where Larry had a successful business career as a CPA and chief financial officer. Carol and Larry maintained a robust social life, hosting and attending dinner parties, going out to restaurants, and attending theatrical and musical performances. They traveled extensively to U.S. destinations like Hawaii, Alaska, Colorado, and New York and global ones like Israel, Italy, Australia, and New Zealand. Just a week before his death, he was elated to be in Denver for his great granddaughter's 1st birthday and baby naming.

Larry's life always revolved around his family. Though he and Carol didn't need an occasion to meet relatives for a meal, they claimed Mother's Day and Thanksgiving as their holidays to host, at times inviting up to 50 people. Larry was a meticulous planner and put together detailed spreadsheets as he organized family vacations for multiple generations, including Caribbean cruises, the State Fair of Texas, Jackson Hole to celebrate his and Carol's 80th birthdays, and, annually, Vail, Colo. But as much as he loved bringing everyone together, Larry knew the value of one-on-one time. He and his son Steve went to Austin for Longhorn football games, a tradition that spanned nearly five decades, and attended many other sporting events together. He and his daughter Susan played tennis in her adolescence and shared long walks as she got older. Larry cared for Steve's wife, Tootie, and Susan's husband, Steve, as if they were his own children. Larry and Carol took each of their grandchildren on their own trip to celebrate their bar or bat mitzvah.

Ever curious and personable, Larry expressed a deep interest in not just the lives of his children and grandchildren, but those of their friends as well, engaging them in conversation and later reciting what he had learned to his family members. He talked to tour guides, restaurant workers, and salespeople everywhere he went, and it was not uncommon for him to take notes.

Though he was 86 when he died, Larry seemed and felt much younger. He worked out with a trainer and took Pilates with Carol, tried to eat a balanced diet, and played mentally stimulating games to keep his mind sharp. Perhaps because he had such a full life, he took good care of himself in order to extend it.

Larry was generous, good-humored, and kind, and his welcoming presence will be greatly missed by all who knew and loved him.

"a very dear friend, for many years we spent many fun times together. only time can heal this loss for your family. May g-d grant you the blessing of wonderful memories, and may his life be a blessing to all that knew Larry. He will be in our thoughts. Love, Sol and Arlene"

"We?re so sorry to learn of the loss of the Berdinis family patriarch. Larry had a heart of gold and went out of his way to make sure Phyllis and I felt welcome as part of the family during all the festivities surrounding Megan and Alex?s wedding. How fortunate we had the opportunity to meet such a loving man. Rick and Phyllis Rogers"

"Larry was a wonderful, kind and witty man. Always enjoyed talking to him about anything but especially Texas football. Longhorn nation lost a true orange blood, and we all lost a special man and father figure. Our hearts go out to the whole family. Love Jodi and David "