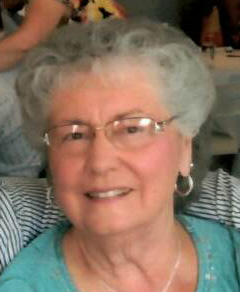 Joan was a great cook and always enjoyed cooking for her family and friends and especially cooking for the Thursday "family dinners". She enjoyed shopping sprees with her grandchildren, and the times she would spend at the Jersey shore. She was a former member of the Quaker City String Band Women's Auxiliary, and a former member of Bellmawr Lions Club Women's Auxiliary. She enjoyed the art of crocheting blankets, especially for her family. Most of all she was always willing to lend a helping hand to anyone and at the end of the day enjoyed a glass of wine.

There will be a memorial visitation from 2pm to 3pm on Friday October 14th at GARDNER FUNERAL HOME, RUNNEMEDE.

Interment will be private.

In lieu of flowers, donations may be made in Joan's memory to the Animal Adoption Center P.O. Box 4017, Lindenwold, NJ 08021.