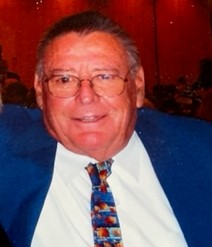 Restcom Elwood Peabody Jr., 91, of Middletown, passed away on September 16, 2022, in Blenheim-Newport. He was the husband of the late Merah (Pratt) Peabody, the true love of his life, he lived for her until the day he passed.


Born in Newport, he was the son of the late Restcom Elwood Peabody Sr. and Margarite (Beebe) Peabody.

The Peabody Family owned Third Beach with a concession store and bathhouses from 1905-2015.


Restcom leaves his children, Merah Bousquet and her husband Roger of Vista, CA, Kristin Saghain of Tennessee, and R. Gregory Peabody of Middletown. He is also survived by fourteen grandchildren and nineteen great-grandchildren as well as two nieces Polly Folley of Kingston and Cynthia Cohen of Florida.

Besides his wife and parents, he was preceded in death by his daughter Julie Peabody and his sister Betty Wesick.

Calling hours will be held Saturday morning, September 24, 2022 from 9:00 am to 11:00 am in the Memorial Funeral Home, 375 Broadway, Newport. A graveside service will follow at 12:00 pm in Middletown Cemetery, corner of Turner and Wyatt Roads in Middletown.

"Uncle Rex, you were so sweet and will be missed. To his immediate family, deepest condolences. "