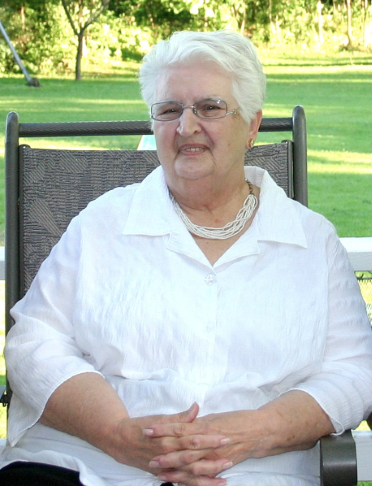 Patricia (Drier) Maney, age 91, passed away, Monday, September 19, 2022 at St Mary's Hospital Hospice in Madison, WI. She was born in Racine, Wisconsin, December 14, 1930, daughter of the late Lewis and Mary Emma (Bones) Drier.
Patricia married Clyde Walter Maney on September 30, 1950, in Elcho Wisconsin. Together they raised 10 of their 12 children to adulthood and she was very proud that all of them received their high school diplomas. While she had to drop out of high school in the 11th grade, to care for her mother who had developed severe rheumatoid arthritis in her hands, she did eventually get her GED. She said once that if she could have gone to college, she would have liked to be an interior designer.
She not only kept the household in order, along with making sure her children were well cared for and loved, but she also worked various jobs outside of the home. One job was assembling the master board for Otis elevators. She always looked at the manufacturing logo of elevators that she rode in to see if it was an Otis. She opened her home to the friends of her children giving comfort when needed but was known for her 'grandma slap' when the situation called for it.
She grew up near the Windpoint Lighthouse in Racine which may have lead to her passion for lighthouses and windmills. She loved to take trips to visit the other lighthouses, and the windmills, in Wisconsin. One of her favorite windmills is in Little Chute.

She brought music into the lives of her children: Drum and bugle corps competitions at Whitewater Warhawk stadium, bagpipers at Scottish Highland games, Klezmer and Accordian bands at Summerfest and Festa Italiana. The radio was always on at home playing music.

She was Robert Redford's biggest fan. She even took a trip to the Sundance film festival at age 70, hoping to catch a glimpse of him. Unfortunately, he was on a film set in Europe that year. Sometimes when the phone rang she would say 'If it is Robert, I am available.'

She was a big fan of the Queen of England and her corgis and she loved to learn about the revolutionary war, especially anything about George Washington.

She was preceded in death by her parents, her husband, her 5 siblings and their spouses, 3 of her children: Joseph, Mary and Charles (Bonnie), 1 grandchild and 1 great grandchild.
She is survived by 9 of her children: Sandra Taylor (Larry), Sally Petersen (Gerry), Mary (Rick), Courtland (Lori), Maggie, Janet, Laura Lowrey (Peter), Richard (Debi) and Colleen, as well as 9 grandchildren, 7 great grandchildren and 1 great, great grandchild.
No funeral will be held but the family will be holding a life celebration at a future date. In lieu of flowers, memorials to the Paralyzed Veterans organization have been suggested.
A special thank you to the staff at St Mary's Hospital Hospice for their loving and compassionate care.