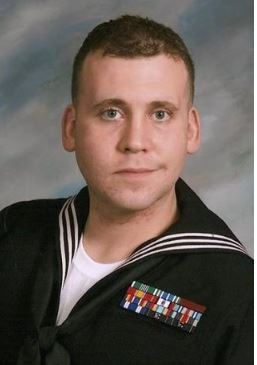 It is with an incredible amount of grief, that we share that Shaun Michael Day passed away in
early September of 2022 in his home in Seattle, Washington, at the age of 40. Shaun passed
naturally, and there is reason to believe he wasn't in pain. Shaun fought hard to be here,
despite the extreme toll that his time in the military took on his mental health, and the physical
pain he lived in everyday. He was open about his struggles with alcohol, and we believe he
tried as hard as he could to overcome that, but the odds were always stacked against him.
Ultimately, it was liver disease related to alcohol that took Shaun's life.
Shaun was born June 21st, 1982 in Okinawa, Japan. He grew up in Beaverton, Oregon, before
following in his parents footsteps in joining the US Navy in 2004. He earned various awards,
including: National Defense Service Medal, Global War on Terrorism Expeditionary Medal, Navy
Good Conduct Medal, Nato Medal, Sea Service Deployment Ribbon, Navy and Marine Corp
Achievement Medal, Afghan Campaign Medal, Overseas Medal, and Army Commendation and
Achievement Medal. He served 2 tours in Afghanistan, a tour in Iraq, and finished his service
on the USS John C Stennis as a Culinary Specialist. Shaun took great pride in his service to
this country.
After leaving the military, Shaun attended the Culinary Institute of America in New York, and
worked as a chef in various settings across California, Oregon, and Washington. He had
dreams of opening his own food truck someday, and loved to cook for his family and friends.
Shaun was a master of coming up with dishes from whatever random ingredients he had on
hand. Shaun also had a love of film, and in 2020, enrolled at Full Sail University to pursue a
degree in Digital Cinematography. As a teenager, Shaun and his cousin made public broadcast
television shows, and so many remember him playing the lion in his school play of the Wizard
of Oz. Shaun's biggest dream was to work in the film industry as a Director or Actor.
More than any of this though, Shaun was an incredible friend to so many, a protective and
loving older brother, a proud uncle, and devoted son. And every dog in our family loved him the
most. He had a magnetic personality and incredible sense of humor, and brought energy to
every room he walked into. Shaun was more excited for every new Disney movie than any
child, loved wrestling, video games, all types of film and television, trivia, and karaoke. He was
generous, fun, creative and talented, and could have done so much more if life had looked
differently for him. It is a loss for us all that so many systems failed him, and we won't be able
to experience the incredible things he could have done, with more time.
Shaun is survived by his mother, Shannon Reichard, sisters, Kylie Chambers, Rachel
Chambers, Mary Reichard, and Lauren Day, his nephew, Kai Lagmay, as well as countless
friends and extended family.
A memorial service for Shaun will be held at Tahoma National Cemetery in Kent, Washington at
2pm on October 20th, 2022. All who wish to attend are welcome.

"I still can't believe you're gone. Thanks for always opening your arms up to me after a rough day, thanks for your humor that got me through some rough times. I hope you got to see just how many lives you touched on your short time here. One in a million type of friend. I'll miss you dearly"

"My condolences to Shannon and family. Wish I could say/write something that would ease the emotional pain and sorrow that you are all going through. Please know that you have my deepest sympathy. The loss of Shaun is clearly felt by the tributes that I have read from this site. When I think of Shaun, I will always remember his love of games - be it video games with his nephew, or playing Music Bingo at Vince's Restaurant. Who can forget his love of movies and always knowing 'key' lines from them?! Shaun - may you finally be at peace and free of any pain you endured. Know that you made an impact on so many people's lives. You remain alive in our hearts. Love Lynne "

"Remembering my nephew Shaun a go highly gifted boy who loved Ma ,his over loving mother, and me uncle Ron the BOSS!! Like many children Shaun had a father but not a dad which is difficult and challenging. I was a loving uncle and friend for Shaun and tried to become a male roll model when need be .Thanks to Shaun who was blessed with so many laughs and smile and inspiration he became a friend to all ,mostly his cousin Jordan lamb?a power house friend, just to watch them together in their teens filming and making videos was a sign of something to come in the future. I was at Don' s beach house and Jordan and his girl stopped in and we made dinner, they stayed the night, a when I got home 2 days later I got a call from Ma, Jordan had been killed in a car accident. Shaun tried to move on, but was emotional and devastated .Shaun was a great brother and best friend to many and unfortunately headed into a path of suffering, depression, leading to a life of alcohol and bad decisions ??to down hill path of loneliness . Shaun tried to move on and made lots of strides forward, unfortunately life took its toll and if my sister had had gave up he would not have mad it till 40!!!Thanks my beautiful loving sister ,you're have a super big heart and have carried our family with grace. Love you, my nephew is on his way to reunite with his family, God bless all ???please prayand celebrate him????"

"Rest easy Moochie! I watched you grow up from being a crazy teenager to an amazing man! Fly with the angels my friend ??"

"Shaun, I tried to be a father to you the best that I could. You and I talked many times and I loved you like my own son. Rest In Peace! ~ Daniel Reichard "

"Shaun, I will always miss you, but especially when I go to karaoke where you confidently belted out songs like "Mack the Knife", Violent Femmes "Add it Up", or our classic duet of "Suddenly Seymour" from Little Shop of Horrors (which was your idea!). Now it's one of my favorite memories of you, yet bittersweet. I will miss your random, but timely, phone calls to check in and see how I was doing or just to tell me about a show or movie coming out. It makes me sad that you were alone a lot in the last 6 months and that I didn't do more for you. You deserved so much more. But I know that you knew you were loved by many people. You're Shaun Day! You are a true friend, good person, and I will always love and miss you. ?? "

"I've known Shaun for over 20 years, I believe he was the keeper of blockbuster when we met ?. He joined the military and traveled a bunch but when we were both in the northwest we would touch base catch up like teenagers again never missing a beat ? when my twins and I moved north to the Seattle area almost 3 years ago i was happily surprised Shaun lived right down I5! My girls grew to love the "giant squishy teddy bear" (as they called him) and loved the time spent just us hanging out! He would push some terrible kids movie on me I'd fall asleep and the 3 of them would finish it popcorn everywhere ? we had a few rain filled nights on his capital hill building grilling in the rain because why not! We will forever miss you Shaun ? I'm glad my girls had you during our crazy transition to Seattle you my friend are a Rockstar!! ?"