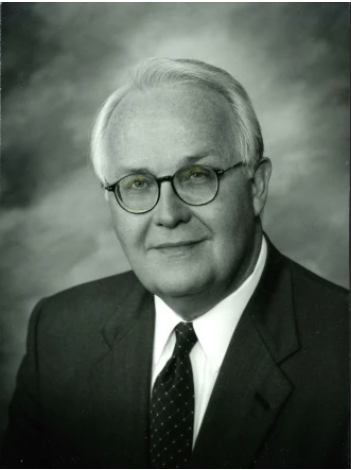 Dr. Ronald Alexander MacKenzie was born March 31, 1938 in Detroit, Michigan. He was the youngest of four children. His two brothers James D. MacKenzie and Kenneth MacKenzie, his beloved sister Evelyn Sienkiewicz, and his parents Elizabeth and James MacKenzie preceded him in death. His parents hailed from the Highlands of Scotland, and although born in Detroit, he was exceptionally proud of his Scottish heritage.

After finishing secondary school at Cass Tech High School in Detroit, Dr. MacKenzie attended Alma College in Alma, Michigan. He subsequently matriculated to The University of Health Sciences in Kansas City, Missouri, graduating in 1967. After a short time in private general practice in rural southeastern Michigan, he became a resident in anesthesiology in Detroit, as well as at the Cleveland Clinic and Mayo Clinic.

Dr. MacKenzie joined the Mayo Clinic staff in 1974 and served in its Department of Anesthesiology in a variety of leadership roles, including 11 years as its vice-chair. He was highly regarded by his colleagues and residents. He was voted the department's Teacher of the Year on multiple occasions. He retired in 2017 after 43 years of providing care for thousands of patients, working closely with great colleagues in many of the healthcare professions within Mayo Clinic, and being a role model to hundreds of anesthesia residents, fellows, and student nurse anesthetists, as well as his junior colleagues. He was a remarkably kind, gracious, and empathetic friend to everyone he met.

He married his college sweetheart Nancy Vogan on August 25, 1962. They were inseparable thereafter. Their marriage ended abruptly with his death just days shy of 60 years. He is survived by his wife Nancy, daughter Dr. Margaret MacKenzie (John Steritz), and son Dr. James MacKenzie. He was much adored by his many nieces and nephews.

Like his ancestral explorationist kin Alexander MacKenzie, Ronald Alexander MacKenzie took great delight in visiting the wonders of North America, including frequent trips to Alaska. Truly a world traveler, Ron made journeys to view the dramatic landscapes and wildlife of Antarctica, Africa, and of course Scotland, in addition to many more, exotic global locales. Besides all the wonderful lessons and memories shared on these expeditions, he brought home some magnificent photographs. An avid photographer, Ron showed the same tireless enthusiasm, preparation, attention to technical detail, and practical execution to photography, that he displayed during his long career in anesthesia. He especially enjoyed taking pictures of birds. He enjoyed sailing with Nancy, and twilight cruising in their convertible, during many of their evenings in retirement.

Dr. MacKenzie made friends throughout his life and continued to show everyone he met, the same respect he would his most esteemed medical friends. A generous spirit, and exposed early on to the fragility of life, Ron wisely made the most of his 84 years and all of his full and busy days.

Any memorial contributions may be made in his name to the Mayo Anesthesiology Research and Education Fund (Department of Anesthesiology, Mayo Clinic, 200 1st Street SW, Rochester, MN 55905).

Ranfranz and Vine Funeral Home is honored to be serving the MacKenzie family; to share a special memory or condolence please visit ranfranzandvinefh.com.

"Dr. MacKenzie was a delight to work with and it was fun to see his amazing photos and hear about his travels. He was especially caring with our pediatric patients and their families. Sincere condolences . Rita Marquardt "