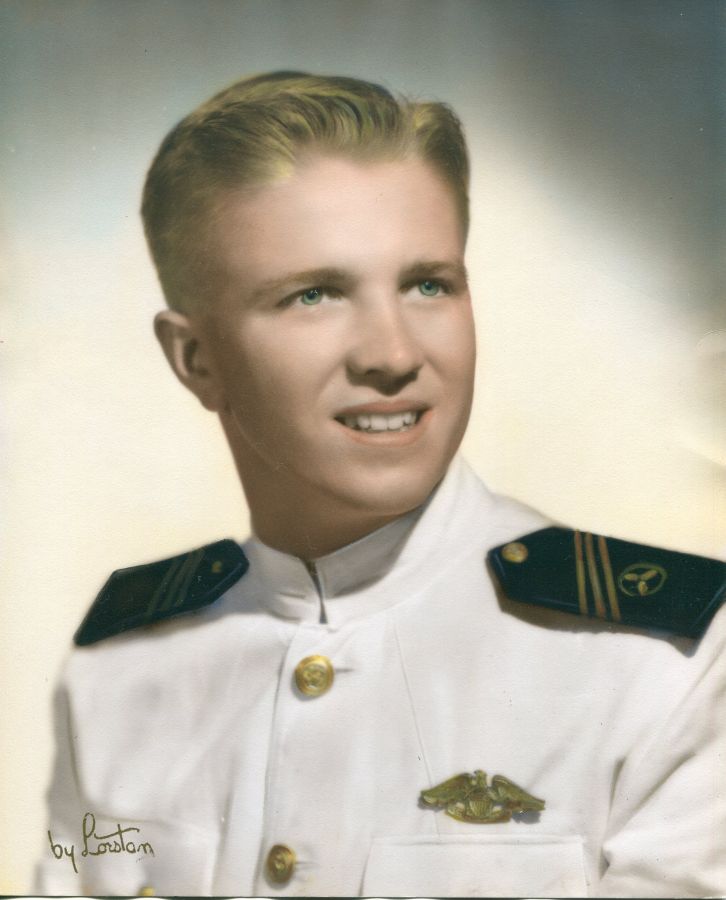 Luther grew up in Oakland, California and after graduating from Oakmont High School in 1945 he enrolled in the Merchant Marine Academy in New York. Luther was proud to serve in the Merchant Marines and US Navy during the time of the Korean War. He served with honor aboard the aircraft carrier USS Rendova. He married Nona in 1951 and returned to civilian life as an engineer with Linde Carbide Company in California and began raising three children: Craig, Gary and Cindy.

The family moved to Bellevue, Washington in 1957 and Luther took a new job with Honeywell where he would serve for the rest of his working career. In 1975, Luther began a new life with his bride Lorraine and settled first in Chelan, Washington and then moved to Ballard. Together they bought a lovely beach front cabin on Hood Canal for weekend getaways. Following his 26 year career with Honeywell Luther and Lorraine retired to their favorite beach front spot near Harstine Island and enjoyed fishing, clamming, boating, and gardening.

During retirement, Luther volunteered as a docent at the state capitol building in Olympia and once a week would don his maroon sweater and give amazing tours of the historic building. He also volunteered with the Shelton chapter of the Kiwanis Club and helped put on special events and fundraisers for the local community.

In his later years he needed special care due to advancing Alzheimer's disease and the family is grateful for the assistance and care he received. His last residence was at Fieldstone in Marysville where he received outstanding care.

Those who had the fortune to have met Luther always commented about his infectious smile which he willingly shared throughout his life.

A small memorial service is planned for Luther at his last residence, Fieldstone Memory Care 11015 State Avenue Marysville, WA 98271. It will be held Saturday, October 15 at 2pm in the spacious indoor atrium - town center - area and family and friends are invited to attend. Light refreshments will be served following the reception. Guests are asked to RSVP to Gary Burlingame via phone, 425-957-1949 or email, garyburl@gmail.com by October 14.

Due to COVID protocols it is important to register with Gary at least a day ahead so your name can be added to the list of guests attending and you will be asked to wear a mask for the safety of the residents and caregivers at Fieldstone.