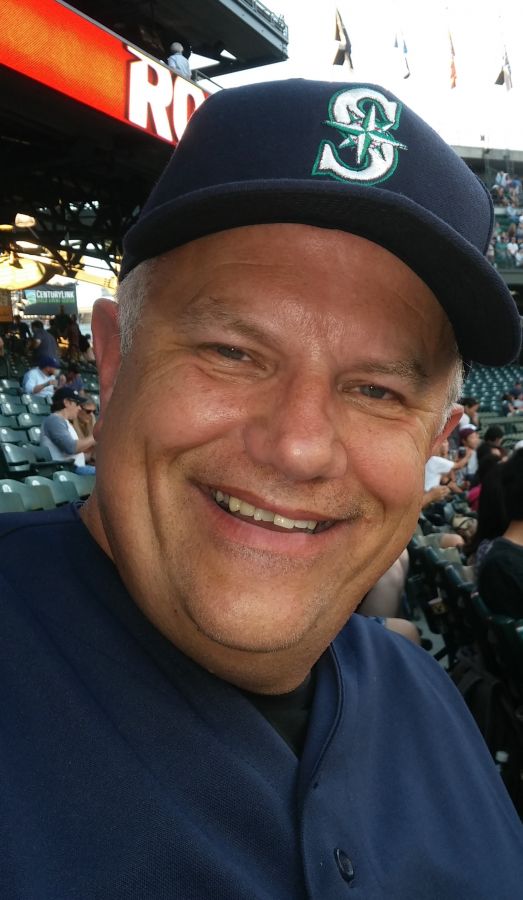 His family worked in construction as homebuilders and they loved to travel and camp throughout the Western US and Canada. Frequently the family would bring their motorcycles so the kids could ride together, and Jeff continued to enjoy the freedom of the open road and connection with riding his whole life.

In his early career he worked for America West Airlines, and then as a lead chauffeur for Bayview Limousine, where he was responsible for driving many celebrities and dignitaries. From there, he went on to Greenpoint Technologies, where he became a private driver for executives and VIP customers. His high standards and commitment to excellence made him of inestimable value to his team.

His pleasures and interests included baseball, airplanes, his dog, Lucy, World War II history, fishing and photography, but most of all Jeff loved making others laugh. He was hilarious and without a doubt should have been the one to write this obituary, because it would have been hysterical.

The smiles he brought to the lives of his close friends and family we will forever cherish. Jeff had a huge heart and was very caring to the many children in his life, perpetually ready to joke and never too busy to play. He was a man of deeply held religious faith; always seeking the right path. His family was top priority and of his many roles in life, the most important were as a devoted husband, father and family man. We thank Jeff for the love and laughter he inspired in our hearts and the strength of his support.

A Celebration of Life will be held at a date to be determined. Please check back for an updated posting.

"I had the pleasure of working with Jeff for over 10 years and considered him family. A true gentleman and friend. I will never forget all of our great conversations and laughter. You will be greatly missed Jeff. Condolences to Mary and family??"