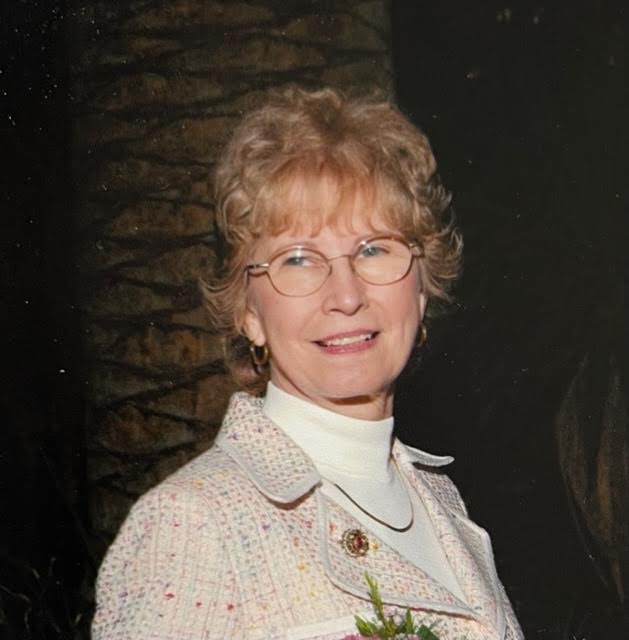 Miriam Louise Schmidt, of Baxter, passed away peacefully surrounded by her loving family at Parkridge Nursing and Rehab on Sunday, November 6, 2022. A visitation will be held on Thursday, November 10, 2022, from 5:00 - 7:00 p.m. at Bethany United Church of Christ in Baxter, Iowa. Her funeral service will be held on Friday, November 11, 2022, at 10:00 a.m. at Bethany United Church of Christ with Pastor Christopher Hayward officiating. Burial will follow in the Bethany Cemetery in Baxter, Iowa.

Miriam was born on January 23, 1934, in Marshalltown, Iowa to Jacob and Marie (Miller) Smith. She grew up in Marshalltown. As an only child she loved to spend time fishing with her dad and going to baseball games with him. She attended Marshalltown High School where she graduated with the class of 1951. Following school, she attended the Marshalltown Evangelical Hospital Nursing Program. Miriam graduated nursing school in 1954 and became a registered nurse. Miriam married Roger Schmidt in Marshalltown on September 25, 1954, and the couple moved to the East Coast while Roger served in the Army. In 1957, they relocated to the family farm north of Baxter where they raised their family together. Miriam began working at the Baxter Medical Clinic, then the Newton Medical Clinic, and ended up being an Industrial Nurse for Fisher Controls. She remained working there until her retirement in 1999. Miriam moved off the farm and to Baxter into her dream home in 2000. In 2004, she married Dick Follis and the couple enjoyed many years together. Miriam was a faithful member of Bethany United Church of Christ and served in various rolls there over the years.

Family was always Miriam's priority and she loved to spend time with them. Holidays and special family events is what she loved. She also enjoyed anything Christmas from music to creating special crafts and decorations, playing cards in various card clubs, traveling especially to the East Coast, watching baseball, watching NASCAR and cheering on Dale Earnhardt and Mark Martin, and anything to do with astrology.

Memorial contributions may be directed to Bethany United Church of Christ.

Fredregill Funeral & Cremation Care has been entrusted with the care of Miriam and her family.