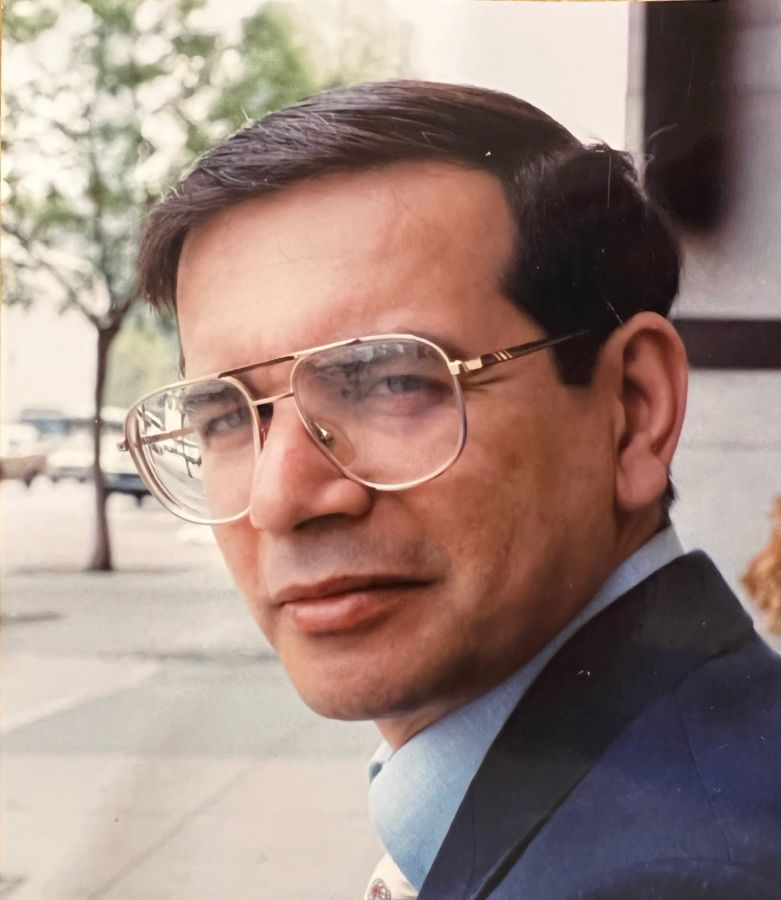 Raymond DeJesus, of Portsmouth, RI peacefully passed away on November 11, 2022 at the VA Hospital in Providence. Born in Caguas, Puerto Rico on December 20, 1944, he was the youngest of six children born to Nicolas and Guillermina DeJesus (Diaz). Raymond grew up in the Bronx, a borough of New York City, where he met his wife, Eneida DeJesus (Panela). They were married on November 1, 1970 and had three children.

After retirement, Raymond took a job at the Playoﬀ (later renamed as the Newport Athletic Club) where he was the club racquetball pro. Raymond played in various tournaments around New England. He gave racquetball lessons to anyone who was willing to the learn the game. Raymond passed on his love of racquetball to his son, Robert, who finished as a Bronze Medalist at the 1999 Pan-American Games in Winnipeg Canada.

After leaving the Newport Athletic Club, Raymond was the manager of the Newport Marriott Fitness Center. Finally, Raymond was employed at Salve Regina University as a Security Oﬃcer until his retirement.

To know Raymond, is to love him. And all who knew him, loved his humor and quick wit. Raymond loved to dance, so much so, he danced with his daughters in numerous recitals at Steppin' Out Dance Studio. Raymond also had a passion for singing. He grew up singing "doo-whop" music with his sisters Carmen and Norma, his brother Victor and his cousin and best friend Manuel Cruz, and Manuel's wife, Inez. Together, family gatherings were always full of singing in three-part harmony all of their favorite Motown Classics.

Raymond was well known around town and frequented his favorite restaurants such as Newport Creamery, Ching Tao, Subway, and his favorite, Foodworks. But nothing could ever compete with his favorite Puerto Rican dish.....rice and beans.

Calling hours will be held on Wednesday November 16 from 4:00-7:00pm in the Connors Funeral Home, 55 West Main Rd, Portsmouth.

A Mass of Christian Burial will be celebrated at 10:00am on Thursday, November 17 in St. Barnabas Church, 1697 East Main Rd, Portsmouth. Burial with Military Honors will follow at RI Veterans Cemetery, Exeter.

"Descansa en Paz Raymond! Sending prayers and condolences to your beautiful wife and wonderful family. From the Durand in Texas.."

"Uncle Raymond, you will be greatly missed. My deepest condolences to your family. May you rest in peace."

"Ray actually entered my thoughts twice this past week! Hard to believe it was twenty years ago that I was pouring his coffee. I recall him fondly and I?m sure that he will be missed by family and friends alike. Thinking of you all. -Kate Keelty"

"I was sorry sorry to learn of Ray?s passing I remember all the good times we all had together my heart felt condolences to all of you God Bless Pam maxson "

"So sorry for everyone's loss, I remember your husband , dad he was a nice guy! My daughter Stacey Arruda danced with your 2 daughter's at Stepping Out for years. Your whole family was very kind. Unfortunately Stacey gained her Wings 3 weeks ago. May they rest in the sweetest of Peace. "

"Such a nice man loved caring for him had some good times always enjoyed his company! Condolences to the family "